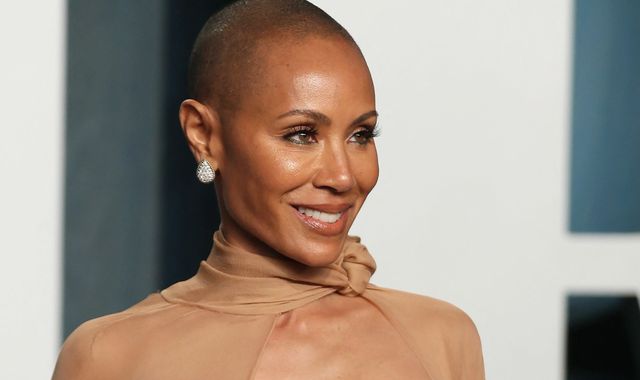 While Will Smith’s outburst at the Academy Awards has undoubtedly overshadowed the good things to come out of the ceremony – indie film CODA’s triumph over the big-hitters, for example, plus his own win – one thing it has done is highlight the need to “erase the stigma” surrounding alopecia.

Charities and sufferers have spoken out about the condition following the headline-grabbing Oscars incident, which saw Smith slapping Chris Rock on stage – and swearing at him furiously once back in his seat – after the comedian made a joke about his wife Jada Pinkett Smith‘s shaved head.

Whether Rock was aware when he made the remark that Pinkett Smith suffers from alopecia, which she first spoke publicly about in 2018, is not clear.

But it has certainly opened up the conversation around a condition that for many reasons is often not spoken about.

Stating that it does not condone violence, the Alopecia UK charity said that “dealing with unwelcome remarks and being the butt of jokes is sadly an all too real part” of having the condition, which “adds to the distress and challenges” faced by sufferers.

In a blog post, the organisation said Smith could have grabbed the mic instead to respond to Rock, and offered an alternative speech for the star.

“Apologies everyone for interrupting the proceedings but I really feel the need to challenge the joke that Chris Rock made just now about my wife Jada. The difference between Jada and Demi Moore, who shaved her head for the role of GI Jane years ago, is that my beautiful wife’s lack of hair is not entirely by choice. She has a medical condition called alopecia and she has chosen to embrace the baldness that brings rather than wear a wig as many women with alopecia do. There have been times when this condition has caused distress and anguish to my wife and, as a result, to me and my family.

“I feel it is time that obvious jokes were not made about anyone’s appearance. In a society where it is unacceptable to make jokes about someone’s race, sexuality or disability, perhaps it’s time we extended that to include any visible difference. Yes, my wife is bald. But is that any reason to uninvitedly bring her into a joke when she is here, like anyone else, to simply enjoy the evening?

“There is another reason for me to call out such a joke. All across the USA and the rest of the world, millions of children and teenagers are living with alopecia. Some of them are unfortunately having to deal with bullies who make jokes and jibes about their hair loss. This should not be happening in 2022 and yet it is. This month, tragically, a 12 year old girl with alopecia took her life because she felt she could no longer face the bullies who were making her life miserable. All because she looked different.

“Chris, if I allowed your remark to go unchallenged, millions of people around the world would see it reinforced that it’s ok to make jokes about people with a visible difference that they cannot control. It is not okay and it’s time it stopped. Thank you.”

While it didn’t reference the Oscars incident explicitly, the National Alopecia Areata Foundation in the US released a statement on Monday to say that the condition is “no joke”.

“Many people living with the condition are suffering, and we must do better to support this community and erase the stigma, discrimination, and societal barriers that persist,” it said.

Some would argue that Rock might be more aware than many about the issues black women face with their hair. In 2009, he produced and narrated a documentary film about how black American women perceive their hair, as well as what is considered acceptable and desirable.

He reportedly said he was inspired to make the film after his then three-year-old daughter Lola asked him, “Daddy, how come I don’t have good hair?”

Many have condemned his joke as especially offensive to black women. Skincare expert and author of Black Skin, Dija Ayodele, posted on Twitter and Instagram, writing on the latter: “Leave Black women’s hair out of your mouth if you ain’t got something positive to say.

“For over 400 years, because of our hair we have suffered ill treatment and trauma and for a Black man to get on a global stage and twist the knife in some more… it’s so deep that I’m beyond the slap. They can work out their violent antics between themselves but all I see and feel here is the words that were said and the intention behind them.”

What have alopecia sufferers said?

Alopecia sufferers including US congresswoman Ayanna Pressley have also spoken out. After saying she does not “endorse violence in any form”, she wrote on Twitter: “Let’s talk about what it’s like to live with #alopecia. The deeply vulnerable & difficult moments that our families see.”

Loose Women star Kelle Bryan, a Hollyoaks actress and member of the 1990s girl group Eternal, spoke about her own hair loss on the show on Monday. “Speaking as a woman who has lost her hair twice, it takes a heck of a lot of confidence and support from around you to go to an event, especially one like that,” she said.

“To embrace herself, which she has done, by shaving the head itself is really a difficult process… then being called out centre front like that, I can’t even begin to imagine how she felt.”

What is alopecia areata?

There are several different forms of alopecia. According to Alopecia UK, alopecia areata is thought to be an autoimmune condition that often starts with isolated patches of hair loss on the scalp and/or across the body.

Cells from the immune system (a specific type of T cell, known as NKG2D+ T cells) gather around the hair follicles, the charity says, and attack them, stopping them from producing more hair. The exact way in which this happens is not yet understood.