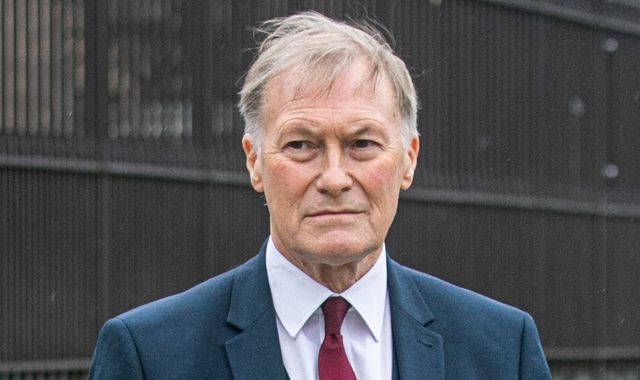 The trial of an alleged terrorist accused of murdering Sir David Amess has been delayed after three jurors contracted coronavirus.

Ali Harbi Ali is standing trial at the Old Bailey accused of the MP’s murder and preparing acts of terrorism.

His defence case was due to begin on Monday but Mr Justice Sweeney confirmed three members of the jury had tested positive for COVID.

Addressing the remaining nine jurors in court, the judge said the trial was adjourned for a week and it would resume on Monday 4 April.

He said: “Three of your number have tested positive, one over the weekend and two this morning, with the result we have had to adjourn the trial – not abort it.”

Mr Justice Sweeney urged the jurors not to return to their workplaces, saying he wanted to keep the risk of them catching COVID “to an absolute minimum”.

“As today has shown us clearly, COVID is rife at the moment,” he added.

Sir David, who was MP for Southend West, was stabbed to death at his constituency surgery in Leigh-on-Sea, Essex, in October last year.

The trial has heard the 69-year-old politician was killed in a “vicious and frenzied” attack and suffered more than 20 stab wounds.

Prosecutors have described Ali as a “fanatical terrorist” and say he had researched other potential high-profile political targets including Michael Gove, Dominic Raab and Sir Keir Starmer.

Ali denies the charges against him.