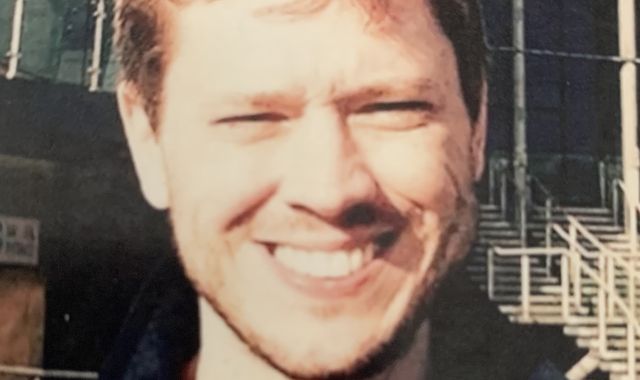 An independent inquiry into Essex NHS mental health services has found that at least 1,500 patients died either in their care or within three months of being discharged over a 21-year period.

The shocking figure is only the preliminary finding of a review that was set up as a result of a number of suicides.

Last year NHS North Essex Partnership Trust was fined £1.5m for safety failings over the deaths of 11 patients, but these findings point to a much larger problem.

At this stage, the Essex Mental Health Independent Inquiry chair, Dr Geraldine Strathdee, cannot confirm the cause of the deaths but said she had heard evidence of “unacceptable examples of dispassionate care”.

Robert and Linda Wade lost their son Richard in May 2015 when he attended the Linden Centre, in Chelmsford, after becoming depressed.

Mr Wade told Sky News: “To put it in its stark terms – he went in just after midnight, he was dead by midday.

“He was there for less than 12 hours before the injuries he inflicted upon himself by hanging himself in a bathroom, where someone had hanged themselves not three months before.

“If you then go through all of the statements and all of the discussions of what happened, it boils down to something really quite simple – they didn’t care.”

Richard, 30, had been deemed “low risk”. An inquest jury later found that the state failed to protect him.

Dr Strathdee said lessons learned from her review will be applied across the country.

What the inquiry will focus on

She told Sky News: “We were asked by ministers to focus on deaths of people in inpatient services in the Essex area between January 2000 and 1 September 2020.

“The information provided is of 1,500 deaths which have occurred in that period, who were either inpatients or in the first three months post discharge.

“Our inquiry is to better understand what has been the causes of those deaths – who are the people and what is the learning from those deaths.”

Richard Wade’s tragic story is just part of this inquiry.

So far 14 families, including the Wades, have shared their experiences, but clearly there are many more out there and the panel wants more people to come forward.

Richard’s mother Linda said: “We can’t bring Richard back – but that was a young man who went into the centre for his safety – and there was no safety.

“Leaving him with razor blades, cords – everything – he was suicidal. Why would they do that?”

The inquiry has so far found three recurring themes.

• A lack of basic information provided to patients and families
• Concerns about physical and mental and sexual safety on the wards
• Major difference in the quality of care, both in staff attitudes and use of effective treatments

But some bereaved families believe the inquiry does not have the power to make significant changes and have chosen to boycott it.

Some have boycotted the inquiry

For eight years Melanie Leahy spearheaded the campaign by 70 families to get a full public inquiry with the power to force witnesses to give evidence.

Her son Matthew, 20, was found hanged in his room at the Linden Centre in November 2012.

It later emerged that staff “falsified” his care plan after his death.

Mrs Leahy told Sky News: “To hear of this number of deaths is just mind-boggling.

“This 1,500 figure makes it clear that there’s a cull among the most vulnerable.

“What we’re calling for is a statutory public inquiry and for it to be widened to involve community deaths.

“Senior members of staff have retired and taken their pensions and we’ve got no chance of getting them to come forward without the power to force witnesses to give evidence.”

Responding to the inquiry’s early findings and the comments made to Sky News by the Wade family, Paul Scott, chief executive of Essex Partnership University NHS Foundation Trust, told Sky News: “Our thoughts are with the family and friends of Richard Wade and we send them our deepest condolences.

“We continue to support the ongoing inquiry and encourage service users, family, carers and staff to share their experiences with the inquiry team so they have a full picture to draw on to make their recommendations.”