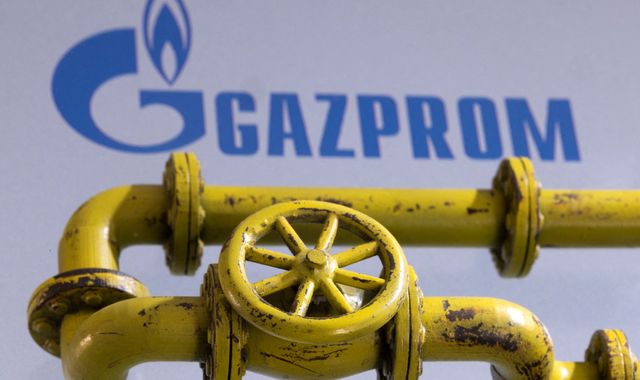 Councils are grappling with steep costs for breaking off contracts with Russian suppliers such as Gazprom as the government presses public bodies to cut funding for “Putin’s war machine”.

The Cabinet Office has told taxpayer-funded organisations to urgently review their ties with such companies after the invasion of Ukraine.

Local authorities, some of which have deals worth millions of pounds with Gazprom’s UK supply arm, face potential termination fees for breaking deals.

If they do get out of the contracts, cash-strapped councils will need to strike new deals that could be up to six times more expensive at a time of surging energy prices, Sky News has been told.

Read more:
How the war in Ukraine is eroding living standards in Britain

They also face a potential hurdle because of laws banning them from allowing non-commercial issues to influence contracting decisions and obliging them to seek the best value.

In a consultation published last week by Portsmouth council, it said breaking its Gazprom contract could cost more than £100,000 in termination and broker fees.

But an even bigger headache could result from the council being liable for a contract worth just under £1m for gas supply this winter if Gazprom is unable to find an alternative buyer.

The new government guidance issued on Monday relates to public bodies including hospitals and Whitehall departments and their contracts with Russian and Belarusian companies.

Public sector organisations are being urged to examine the small print of deals to see if they can extract themselves from them.

“We are asking hospitals, councils and other organisations across the public sector to urgently look at all the ways they can go further to sever their commercial ties to Russia.

“The government will continue to work closely with these organisations, ensuring they are able to take the necessary steps as quickly as possible, including taking legal routes where necessary.”

Sky News understands that the government is not telling public bodies to “get out of these contracts and deal with the consequences” but instead asking them to try to find out if there is flexibility to exit them.

The Local Government Association said: “As councils explore ending contracts with prime contractors, such as Gazprom, they face the threat of costly termination fees.

“Councils are also having to consider the impact of paying substantially higher energy costs under new contracts – given the volatility of the market and recent price rises – on their limited resources and budgets and their legal duties to provide value for taxpayers money.”

The government said in its announcement on Monday that less than 4% of the UK’s natural gas supply comes from Russia.

However, latest industry figures from Cornwall Insight earlier this year showed Gazprom holds a 20.8% share of the non-domestic market – including the likes of businesses and councils.

Earlier this month, it emerged that Health Secretary Sajid Javid had said the NHS must stop using energy supplied by the company, with contracts reported to have been worth £16m in 2021.

Total public sector spend in the UK with Gazprom between 2016 and 2021 was £107m, according to data provider Tussell. Its analysis showed that £77m came from the NHS and £29m from councils.