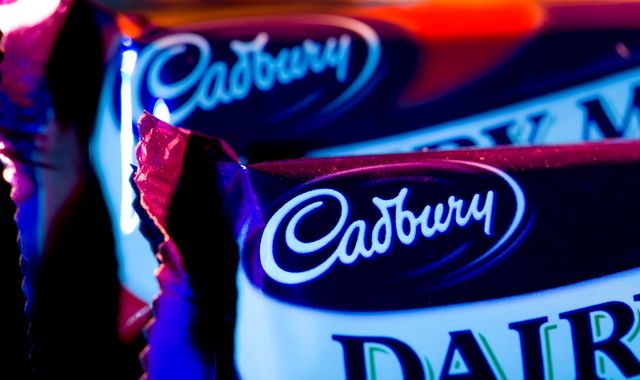 The size of a Cadbury Dairy Milk sharing bar has been reduced by 10% – though it is still on sale for the same price.

Parent firm Mondolez said it was the first example of so-called shrinkflation at the UK chocolate brand for a decade.

The practice, which involves shrinking a product but maintaining the retail price to boost margins, has been widely used across snack brands before but, most recently, in a bid to tackle levels of obesity.

Mondelez signalled that it had been forced into the move as a result of the widespread rise in costs being experienced by businesses globally – exacerbated by the effects of the war in Ukraine and sanctions against Russia.

A spokesman said: “We’re facing the same challenges that so many other food companies have already reported when it comes to significantly increased production costs – whether it’s ingredients, energy or packaging – and rising inflation.

“This means that our products are much more expensive to make.

“We understand that consumers are faced with rising costs too, which is why we look to absorb costs wherever we can, but, in this difficult environment, we’ve had to make the decision to slightly reduce the weight of our medium Cadbury Dairy Milk bars for the first time since 2012, so that we can keep them competitive and ensure the great taste and quality our fans enjoy.”

They are still being typically sold at £2 despite the size reduction.

The news was revealed as shoppers grapple a wider increase in the cost of living – largely driven by energy costs – that has seen fuel prices hit record highs and household gas and energy bills surge.

A rise of almost £700 in the average annual energy bill for 22 million households is due to take effect this Friday – pushing inflation way beyond its current 30-year high of 6.2%.

The latest inflation data for February, released last week, showed food inflation was 5.3% up on the same month a year ago.

Milk, fresh meat and coffee were among products showing the sharpest increases.