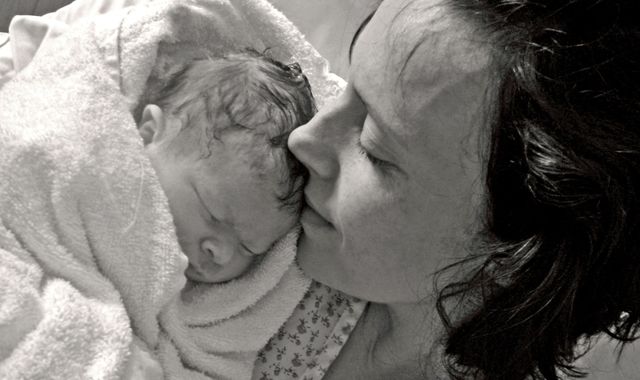 A whistleblower who worked at a hospital trust where hundreds of babies died or were left brain-damaged says there was “a climate of fear” among staff who tried to report concerns.

Bernie Bentick was a consultant obstetrician at the Shrewsbury and Telford NHS Trust for almost 30 years.

This week, an independent inquiry will reveal the full extent of the failings at the Trust.

It is already recognised as the worst maternity scandal in the history of the NHS.

“In Shrewsbury and Telford there was a climate of fear where staff felt unable to speak up because of risk of victimisation,” Mr Bentick said.

“Clearly, when a baby or a mother dies, it’s extremely traumatic for everybody concerned.

“Sadly, the mechanisms for trying to prevent recurrence weren’t sufficient for a number of factors.

“Resources and the institutionalised bullying and blame culture was a large part of that.”

More than 1,800 cases of potentially avoidable harm have been reviewed by the inquiry. Most occurred between 2000 and 2019.

Mr Bentick worked at the Trust until 2020. He said from 2009 onwards, he was raising concerns with managers.

“I believe there were significant issues which promoted risk because of principally understaffing and the culture,” he said.

He also accuses hospital bosses of prioritising activity – the number of patients seen and procedures performed – over patient safety.

“I believe that the senior management were mostly concerned with activity rather than safety – and until safety is on a par with clinical activity, I don’t see how the situation is going to be resolved,” he said.

In 2017, independent midwife Donna Ockenden was asked by then health secretary Jeremy Hunt to investigate 23 cases of concern at the Trust.

Since then, hundreds more families have come forward. In total, 1,862 cases have been investigated by the inquiry.

The long-awaited report will be published on Wednesday.

That report highlighted a culture at the Trust to keep caesarean section rates low. It found in some individual cases, earlier recourse to a caesarean delivery would have avoided death and injury.

The report also found repeated cases where babies hadn’t been monitored correctly. Concerns raised by families were ignored, and there was a lack of kindness and compassion from staff.

Among the cases examined by the inquiry was the death of Manpreet Uppal.

He should be 19 now. Instead, his mother, Kamaljit, still keeps the unworn baby clothes she bought for him.

He died two hours after he was born.

‘There was no remorse’

Mrs Uppal clearly recalls the day she went into hospital in labour.

“First thing I said in the doorway was I’d like to have a C section,” she said.

“I prefer a C section because the baby’s breech and the doctor turned round and said to me: ‘No, you’re alright. Just carry on delivering.’

“And then he got stuck. One doctor pushed him while the other doctor pulled them, and that’s how they brought him back out by doing a C section eventually. But it was too late, sadly.

“He came out very floppy. That’s it. I was never told anything in detail until I saw my records.”

Months later, there was a devastating meeting with a consultant.

“He said that he took the wrong option of delivering,” she said. “He even gave me a time that if he’d been delivered in the early hours, at a quarter to four, the baby would have lived a normal life.

“He turned round and blatantly said that ‘if I were you to get over this pregnancy, get pregnant again, and you will get over this’.

“There was no remorse.”

‘I look at my beautiful girl and I miss her’

Six years later, as Richard Stanton and Rhiannon Davies prepared to welcome their firstborn Kate, mistakes would be made again.

Staff failed to recognise that Kate was seriously ill until it was too late.

“At just over six hours of age, Kate died in my arms,” Mr Stanton said. “I think for me, the overriding memory I have of that day is Rhiannon arriving at the neonatal unit and hearing her cries.

“Rhiannon knew, I think, in her heart that Kate had already died.”

Rhiannon treasures a picture of her cradling newborn Kate.

“I just look at my beautiful girl and I miss her,” she said.

‘Make sure this never happens again’

A spokesperson for The Shrewsbury and Telford Hospital NHS Trust said: “As a Trust we take full responsibility for the failings in the standards of care within our Maternity services and offer our sincere apologies for all the distress and hurt we know this caused.

“We have made strong progress in improving the quality and safety of care we provide, including significant work on promoting an open and honest culture at the Trust, with expanded and strengthened routes for colleagues to raise concerns and for these to then be fully investigated and addressed.”

Mr Stanton and Ms Davies say the publication of the full independent inquiry must lead to improvement in maternity care across the country.

They have campaigned tirelessly since Kate died and believe they should not have had to push so hard to get answers.

Mr Stanton said those in charge of policy “need to make sure that this never happens again and also that bereaved parents are not at the forefront of having to uncover such tragedy”.