Schools will be asked to make sure their week is at least 32.5 hours long 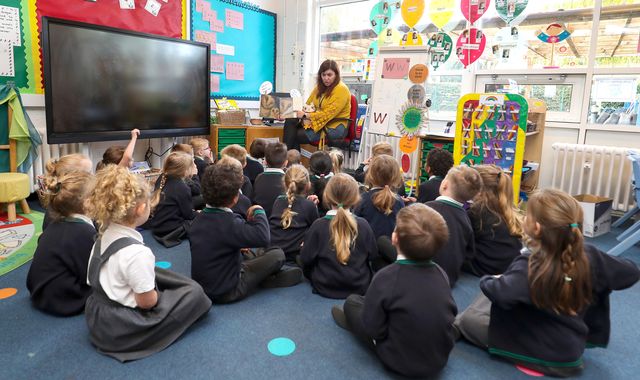 Schools will be asked to make sure their week is at least 32.5 hours long by September next year, to prevent children missing out on education.

The rule will be contained in the Schools White Paper, to be published on Monday, and it is part of a bid to see 90% of pupils leaving primary school having reached expected standards in numeracy and literacy.

While most school weeks in England already cover this length of time, the Department for Education said there are “discrepancies” which could see a pupil who gets 20 minutes’ less teaching time per day losing out on around two weeks of schooling in a year.

The Labour Party’s shadow education secretary, Bridget Phillipson, said that the proposals amounted to telling “almost eight in 10 schools” to “carry on as normal”.

She said that after two years of “pandemic chaos” the plan would leave parents, teachers and pupils “wondering where the ambition for children’s futures is”.

“Government has no answers”

“Hundreds of thousands of primary children live in an area with no ‘good’ schools, the gap in learning between the most and least well-off pupils has widened during COVID, four in 10 young people leave education without the skills they need and young people are experiencing a mental health crisis. Yet the government has no answers,” Ms Phillipson said.

Geoff Barton, general secretary of the Association of School and College Leaders, said: “We are unconvinced by the benefits of introducing a minimum expectation on the length of the school week of 32.5 hours.”

He said that the vast majority of schools already met this expectation or came “very close” to meeting it, and that it was important to understand the reasons that some schools had shorter weeks, such as transport arrangements for rural schools.

“Adding time on to the school week may sound straightforward, but there are many issues which need to be considered in individual schools, and we would encourage the government not to rush any changes.”

“Unlikely to bring much, if any, benefit”

And Paul Whiteman, general secretary of school leaders’ union NAHT, said: “We hope that during the year before these proposals are implemented, there can be a review of the evidence supporting this plan.”

“Simply adding five or 10 minutes to a day is unlikely to bring much, if any, benefit. The government says it will be guided by evidence – they need to meet that undertaking,” he said.

Education Secretary Nadhim Zahawi said: “Every child deserves support from excellent teachers, who in turn deserve to be backed by a supportive and inclusive school, whether they live in Doncaster or Dartmouth, whether they plan to study T-levels or A-levels, whatever their background.

“Over my time as education secretary, my guiding focus has been creating opportunity for all, with strong schools and great teachers for every child. Every plan and policy I will set out in next week’s Schools White Paper works towards this goal.”