Oscars 2022: Regina Hall on culture wars, funny women and tackling racism: Meet one of the hosts of this year’s awards ceremony 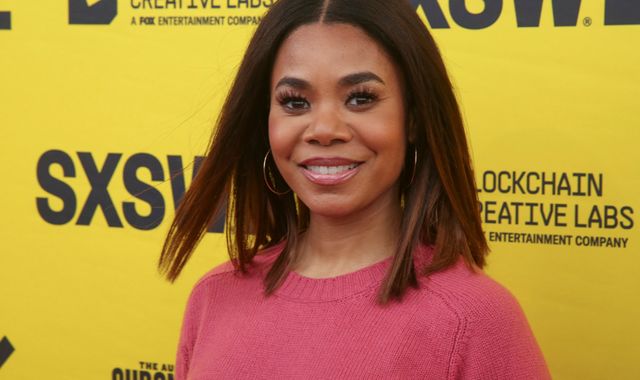 For the first time since 2018, the Academy Awards is returning to an emcee format in a bid to inject some humour into proceedings – with actress Regina Hall hosting this year alongside comedy veterans Amy Schumer and Wanda Sykes.

Sky News caught up with Hall to talk Oscars and her new scary film Master, which is out now.

In it, she plays Gail Bishop, a university professor – or "master" – at an elite university, where horror and hauntings unfold against a backdrop of her struggles to navigate an all-white institution. Here’s what she had to say…

Have you felt a lot of support since your name was announced as one of this year’s Oscars hosts?

I think people are excited for hosts. I’ve watched it for the past couple of years without a host… it’s great that it’s back; it’s crazy that I’m one of them, but it’s exciting. And of course, my my co-hosts are wonderful and I love them so much, so I’m very excited to work with them.

Have you been working with a team of writers and is there a vague plan in place for who’ll be saying what during the ceremony?

No, we just get together, get high and just go, ‘let’s just see where it’s going to fall now! No, we have a great team of writers and they sit and we come and bounce ideas off each other. I think that’s what’s so great, it’s so collaborative, and sometimes it’s like, ‘Oh, Amy, you’d be great for this’, and Amy will email me or text or leave a voice note, the same with Wanda. Like, ‘Oh, I read this, I thought it’d be great for Wanda’.

It’s just been very collaborative, and that process has been really fun to get to know them but also, you know, the bigger thing is we’re all rooting for each other on stage.

Tell us about your new film, Master, and do you think using the horror genre to illustrate racism is a particularly effective tool in terms of helping people to understand some of the issues?

I certainly think that putting it in a genre where people may not see it coming allows people… it makes it a bit more digestible. You know, as opposed to feeling preached that they feel like they’re kind of experiencing it because they’re also experiencing like the discomfort of the world, you know. Like, oh my goodness, I hear the sound. Something’s about to happen. So I think… it gets the palate prepared and I think it does make the subject matter a little bit more digestible.

Did any of your character’s experiences of racism resonate?

I think racism is something you just experience constantly… it doesn’t mean you experience it from every person, you know, I think that’s what’s interesting, the subtlety. Certain things, the intentions aren’t racist, you know, even when [in the film] they’re calling [my character] Beyonce. What could be a joke for one person can be a little more traumatic for the person who’s on the receiving end.

So, of course, I’ve received, perceived or experienced racism but that’s also just a part of being a black woman. It’s like a woman is going to experience sexism at some point, you know, even if the intention is not there, it just is. And so that’s what I liked about how [filmmaker Mariama Diallo] explored it, there wasn’t necessarily anything intentionally dark about it, but that doesn’t lessen the experience.

In the UK, following the Black Lives Matter marches we talk now about culture wars and there are debates ongoing about removing statues of slave owners and changing the names of institutions. Do you think it’s a positive thing that these conversations are happening?

I think with social media it enables people to be able to see it who may not have experienced it, but once you can actually see it, you can see, ‘Oh, wait, that was not right’ and that starts a conversation. And then there are people who don’t want to see it. That’s just the reality of people who want to make those events isolated as opposed to being like, ‘Well, what can we do?’ It doesn’t mean that that’s intentionally horrible either, you know. Some people are very attached to their history, even if it’s a negative one.

Master is in cinemas and streaming on Amazon Prime. You can watch the 94th Academy Awards on Sunday 27 March exclusively on Sky Cinema from 11pm – and follow our live blog on the Sky News website and app. For those not wanting to stay up late, you can watch again on Monday 28 at 7pm on Sky Cinema or from 10pm on Sky Showcase