Oscars 2022: Is CODA about to pull off a shock best film win over Power Of The Dog at the Academy Awards? 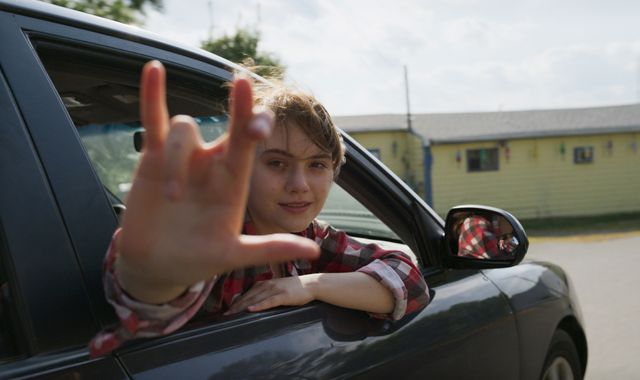 Filmmaker Jane Campion’s gothic western Power Of The Dog has been a steady favourite throughout this awards season – but could consistent crowd-pleaser CODA be about to pull off a shock win this weekend by taking home the best picture prize at the Academy Awards?

Its win at the Producers Guild Awards, the last big event pre-Oscars, has certainly given momentum to the possibility of just that.

However, regardless of whether it takes home the night’s big prize on Sunday, CODA has already won something far greater – long-overdue recognition from within the film industry that authentic casting matters.

The story of a hearing daughter from a deaf family who wants to pursue a music career (CODA stands for Child of Deaf Adults), the film is revolutionary in the insights it offers into deaf culture.

While it might seem obvious that, of course, deaf actors should play those parts, in the original 2014 French film that CODA is based on, La Famille Belier, most of the deaf characters were played by hearing actors. This is less than a decade ago.

Troy Kotsur, who made history when he won best supporting actor at the BAFTAs, for playing a loveable and sweary father in the film, told Sky News it is the reason he has spent most of his career working in theatre until now.

"There’s been a lot of politics," he said. "Mainly it was fear, money and wanting to have A-listers to make sure that they got their investment back, that type of thing, so I understand that fear in Hollywood. It took many years and we happened to have the right casting director, director and producing team to really demand that authenticity."

In recent years, the Academy has made huge changes to its voting membership to be more inclusive and diverse – following the #OscarsSoWhite controversy – and CODA is now making history.

In what feels like a landmark moment for deaf people, Kotsur, who has already won SAG and Independent Spirit awards, as well as his BAFTA, is the first deaf male actor to be nominated for an Oscar.

It comes 35 years after Marlee Matlin, his on-screen wife in the film, won her best actress Oscar for Children Of A Lesser God.

"We’re talking about several deaf characters carrying a film that people will see now and finally realise that, oh okay, there are thousands of stories, universal stories that are within the deaf community, that need to be told and to be shared," she said.

Does CODA mark a cultural shift within the big film studios?

While it’s hard to know whether the film will be a genuine turning point in terms of authentic casting, its popularity certainly sends out a clear message that, in 2022, representation is clearly valued by audiences who aren’t put off by an absence of famous names.

In fact, the opposite – the film’s success is helping CODA’s stars become household names.

But star of A Quiet Place, deaf actress Millicent Simmonds, insists there should be more than a handful of deaf actors working in Hollywood.

"There are so many different ways to be deaf, to be living a deaf life, so one actor can’t represent all that and one actor shouldn’t have the responsibility or burden of representing all of that," she said.

However, Simmonds says progress in sharing deaf stories through cinema is making a difference: "Just to see this range of diversity allows children to see themselves reflected in more stories, I’m happy about that."

Given that CODA set a Sundance Film Festival record when it was bought up by Apple TV for a reported festival record of $25m (£18m), insisting the film had to either be cast authentically or not made at all was a risk that has ultimately paid off for its producers this award season.

And the Oscars does like to reward an "underdog", with smaller indie films often coming out victorious – think Parasite beating 1917, The Irishman, Joker and Once Upon A Time… In Hollywood to best picture in 2020; Moonlight triumphing (eventually, after that famous envelope error) over La La Land in 2017, and The Hurt Locker taking the prize ahead of blockbuster Avatar in 2010, to name just a few.

So you never know, CODA may well sweep in quietly and win the big prize of the night over The Power Of The Dog.

We will find out on Sunday.

You can watch the 94th Academy Awards on Sunday 27 March exclusively on Sky Cinema from 11pm – and follow our live blog on the Sky News website and app. For those not wanting to stay up late, you can watch again on Monday 28 at 7pm on Sky Cinema or from 10pm on Sky Showcase