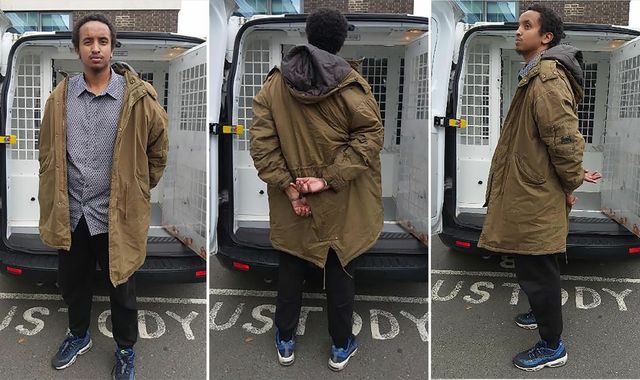 An alleged terrorist said that Sir David Amess suspected a Brass Eye-style “sting” before he launched a fatal knife attack on the MP, a court has heard.

Ali Harbi Ali stabbed the veteran Conservative politician more than 20 times at his constituency surgery in Leigh-on-Sea, Essex, in October last year, a jury has been told.

The 26-year-old is standing trial at the Old Bailey accused of murder and preparing acts of terrorism – charges which he denies.

As it happened: Live updates from the Sir David Amess murder trial

On Friday, jurors watched videos of police interviews with Ali after Sir David’s death, in which the defendant calmly described in detail how he had carried out the attack.

He told officers he was “nervous” on the morning of the attack and woke up at about 4am before going to pray at a nearby mosque.

Ali said it had been “easy” to arrange a meeting with Sir David and he had decided to target an MP who had voted to carry out airstrikes in Syria in 2015, the court heard.

Ali told police that Sir David suspected a Brass Eye-style “sting” during their meeting because he had been holding his phone and the MP asked if he was being recorded.

Ali laughed at “Cake”, in apparent reference to a satirical episode about a fake drug.

Ali went on: “It felt like one minute I was sat down at the table talking to him and the next he was dead.

“But, yeah, it’s probably one of the strangest days… of my life now, y’know?”

Ali told police he had “bottled” previous planned attacks on MPs and the killing “almost felt like an out-of-body experience”.

“I just remember stabbing him a few times in the places where I stabbed him,” he said, adding that the “finisher” was “probably on his neck”.

Ali said Sir David had kept saying “no, no, no”, the court heard.

Following his arrest, Ali confirmed it was a “terror attack”, saying: “I mean, I guess yeah, I killed an MP. I done it, so yeah.”

In another interview, Ali was reminded of his remarks and responded: “Oh God, I sound stupid there.

“Nah, I just… the way I worded it. (chuckles) It sounds like a Little Britain episode. Um, I just… yeah, it sounded like what a terrorist act is.

“I went into an MP’s surgery and I killed him, so with the idea of vengeance in a way, so I will, guess we’ll get into that a little bit later on.”

Asked to describe how he felt after the killing, as he prayed with blood on his fingernails, he said: “That seems a bit, I don’t know, satanical almost, it’s weird.

“Obviously I’ve killed someone. There’s no doubt about that, but it still doesn’t feel like it.

“Maybe it’s because I feel justified in what I’ve done.”

Asked if he thought he had done a “good deed”, he said: “If I didn’t believe it was a good deed I wouldn’t do it.”