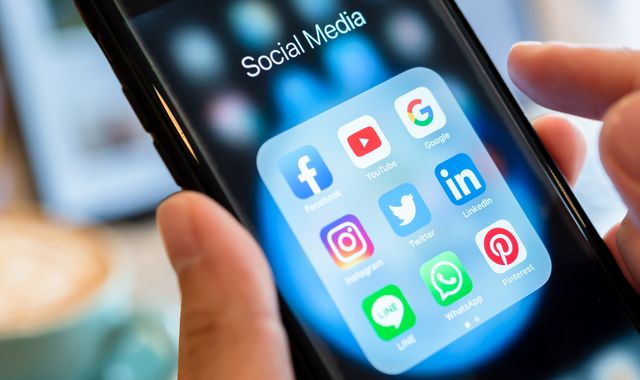 Online giants such as Facebook, Google and Twitter should be forced to pay compensation to people duped by scammers operating on their sites, MPs have suggested.

A report by the Treasury Committee said it was “easy for fraudsters” to place rogue adverts on social media and other internet platforms because they were not legally required to verify advertisers’ backgrounds.

It comes amid an “alarming” rise in fraud and other financial crimes in the UK, which the government is failing to do enough to stop, the committee warned.

The report revealed the Financial Conduct Authority (FCA) paid more than £1.1m to online companies, including Google, Twitter, TikTok and Meta, which owns Facebook and Instagram, so it could place adverts warning about scams between 2019 and 2021.

The committee said it was “not appropriate” that online companies have been making money both from fraudsters paying to advertise their scams as well as from financial regulators warning about the cons.

Mark Steward, the FCA’s director of enforcement, said: “We would prefer that these ads were not published in the first place, to be really frank. The irony of us having to pay social media to publish warnings about advertising that they are receiving money from is not lost on us.”

Google has since offered $3m (£2.2m) in free advertisment credits to the FCA, with the offer of another $2m (£1.5m) in credits to support industry awareness, according to the report.

The Treasury Committee said it was now urging other online companies “to follow Google’s example” and it expected them to refund the money paid by the FCA.

In December, it was announced Meta, Twitter and Microsoft would only allow financial services adverts from companies authorised by the FCA, following similar steps taken by Google, TikTok and Amazon.

However other major online platforms – including Snapchat owner Snap Inc and eBay – have yet to make similar commitments, the committee said.

It added: “We recognise that placing a responsibility on online companies to reimburse consumers who are victims of online fraud could rapidly transform their approach to fraud.”

In a wide-ranging report, the MPs warned that economic crime is a “major and rapidly growing problem in the UK” but it “seems not to be a priority for law enforcement”.

Action Fraud reported a 36% rise in fraud crimes last year, with more than 420,000 offences recorded, according to the report.

In a series of recommendations, MPs have called for:

• A single law enforcement agency with responsibility to fight economic crime, along with one government department to take charge of the policy

The Treasury Committee warned that fraud and economic crime have “continued to rise at an alarming rate” and the work being done by the government is “not urgent enough to stem the rise, let alone start to bring it under control”.

Schemes to support businesses during the pandemic “were subject to very substantial levels of fraud”, including the estimated £4.9bn in fraudulent loans claimed under the Bounce Back Loan Scheme, the MPs said.

Chancellor Rishi Sunak said yesterday that the original estimated sum of £4.9bn has since been “revised down by a third”.

However Treasury minister Lord Agnew resigned last month over the government’s record on tackling fraud in the coronavirus business schemes amid reports it has written off £4.3bn of fraudulently claimed COVID loans – something denied by the government.

“Unfortunately, fraud has soared during the pandemic, and as MPs we’ve heard heart-breaking stories of individuals who have fallen victim to these criminals and lost large sums of money.

“While the government have made some progress in this area, we’re today calling on them to push harder and act faster on the growing fraud epidemic.”

Sky News revealed last month that a woman was duped out of more than £10,000 by a fraudster posing as Nicolas Cage on Facebook.

And it emerged last year that an organised group of criminals based in East Asia had defrauded job seekers in the UK by getting a scam app on to both the Google and Apple app stores.

How have the government and online companies responded?

In response to the report, a government spokesman said it was taking “firm and coordinated action” to crack down on economic crime and it was “determined to go further”.

“We will not tolerate criminals profiting on dirty money and will do whatever is necessary to bring these criminals to justice,” he added.

A Google spokesperson said: “We have been working in consultation with the FCA for almost two years to implement new measures and will continue to vigorously enforce the further restrictions now in place, requiring financial services advertisers to be authorised by the FCA with carefully controlled exceptions.”