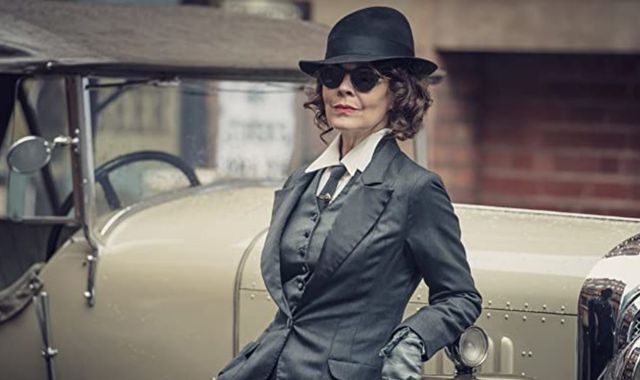 Cillian Murphy says it was "very strange" to film Peaky Blinders without his late co-star Helen McCrory, who passed away last year.

Murphy has starred alongside the actress in the gritty BBC drama since 2013, and has said she was the "beating heart" of the show.

Last April, McCrory’s husband Damian Lewis revealed that she had passed away at the age of 52, following what he called a "heroic battle" with cancer.

Read more: Celebrity deaths 2021: The famous faces and notable figures we said goodbye to this year

The final season of Peaky Blinders began production in January last year, but had to be paused due to COVID-19.

McCrory had been absent from the filming due to her cancer.

Speaking to Esquire, Murphy, who plays lead protagonist Tommy Shelby in the crime drama, said: "We were just reeling throughout the whole thing. She was a dear, dear pal and she was the beating heart of that show, so it felt very strange being on set without her.

"The difficult thing to comprehend is that, if it wasn’t for COVID, there would be a whole other version of this show with Helen in it.

"But she was so private and so f****** brave and courageous. She was inspirational. People throw that word around, but she genuinely was.

"Her values, the way she dealt with her kids and Damian. She cares about everybody. She’s really funny and really cool, and she had this real warmth. She really cared.

"It’s just… I still can’t believe she’s not here. It doesn’t make sense. I’ve never lost anyone like that – who was young and a friend. It was very confusing.

McCrory played the Shelby’s matriarch Polly Gray, but has also appeared in the Harry Potter movies and the James Bond movie, Skyfall.

The final series of Peaky Blinders is due to come out in the early part of 2022.

The spring 2022 issue of Esquire UK is on sale from Thursday.