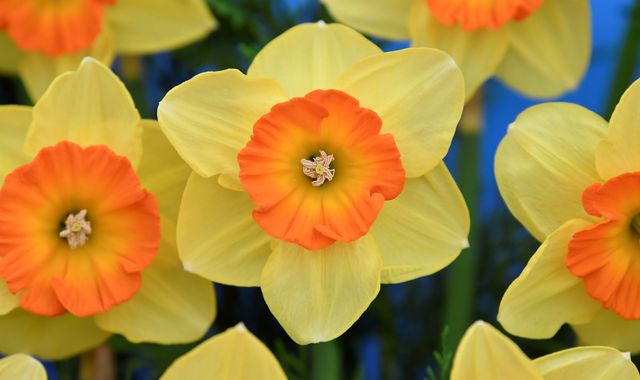 Some UK species are at risk of collapse as climate change forces plants to flower a month earlier on average, a new study has warned.

Researchers analysed more than 400,000 observations of 406 plant species in a database with records dating back as far as the 18th century.

They found that the average first flowering date of the plants from 1987 to 2019 was a month earlier, compared with the data for between 1753 to 1986.

Lead author of the study Professor Ulf Buntgen, from Cambridge University, said: “The results are truly alarming, because of the ecological risks associated with earlier flowering times.

“When plants flower too early, a late frost can kill them – a phenomenon that most gardeners will have experienced at some point,” he continued.

“But the even bigger risk is ecological mismatch.”

Plants, insects, birds and other wildlife have co-evolved to a point that their development is synchronised, he explained.

“But if one component responds faster than the others, there’s a risk that they’ll be out of sync, which can lead species to collapse if they can’t adapt quickly enough.”

Humans started warming the planet in the 19th century, scientists have found, with widespread climate heating emissions beginning in the latter half. Since then, the world has warmed by about 1.1C.

If global temperatures continue to increase at their current rate, spring in the UK could eventually start in February, Prof Buntgen said.

“To really understand what climate change is doing to our world, we need much larger datasets that look at whole ecosystems over a long period of time,” he said.

“Anyone in the UK can submit a record to Nature’s Calendar, by logging their observations of plants and wildlife.

“It’s an incredibly rich and varied data source, and alongside temperature records, we can use it to quantify how climate change is affecting the functioning of various ecosystem components across the UK.”

The dataset, maintained by the Woodland Trust, includes observations of seasonal change as recorded by scientists, naturalists, gardeners and organisations such as the Royal Meteorological Society.

Share
Facebook
Twitter
Pinterest
WhatsApp
Previous articleBoris Johnson: Tory MP Tobias Ellwood reveals he will be submitting letter of no confidence in prime minister
Next article‘Alarming’ growth in fraud in the UK as scam adverts dupe victims out of ‘large sums of money’, MPs warn