Wordle: How a simple online game became a million-dollar viral phenomenon snapped up by the New York Times 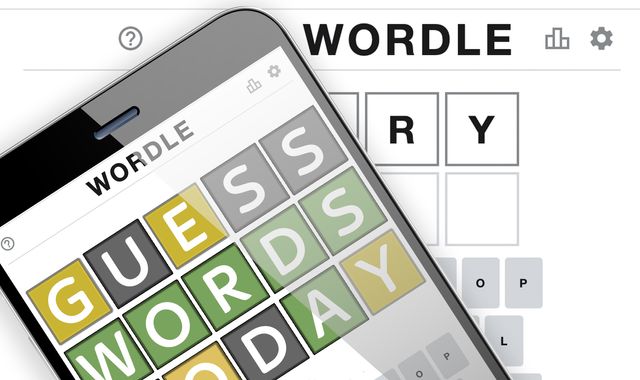 Could today’s word be MONEY? Perhaps GAMES? Or DEALS, or TIMES, or even VIRAL?

Just kidding, of course. I’ve already done my Wordling for the day. No spoilers here.

Welcome to Wordle, the free online daily word game that has reportedly amassed millions of players since its inception just four months ago. For many, it has become a daily obsession, some staying up at night to get their fix first thing.

If any letters turn green, they’re correct and in the right place. Yellow = right letter, wrong place; grey means try again. Six goes to get to the word of the day, and that’s it. No hints or cheats. You get your next game when the clock strikes midnight.

It all started with a software engineer who wanted to create a simple game for his partner – which has now been bought by The New York Times for a seven-figure sum.

Living in a digital world in which we are bombarded by adverts, requests for data and downloads, Wordle is so simple even the biggest luddites can easily get to grips with it. It is also free. And it has created an online community, one in which players can easily share and discuss their results on social media spoiler-free, thanks to a simple emoji grid, so there’s no danger of ruining that day’s game for anyone else.

The green, yellow and grey emoji squares tell a story – all green on the second attempt (or even first for some) is pretty much down to luck, but those who do the rounds through a series of yellows and greens to get the right answer are using all their Wordle skills to get there. Those who have played that day’s game can decipher others’ emoji results codes to see how they did it.

It is also refreshing, when most other apps and games created to addict, that Wordle will only take a few minutes of your time. It always leaves you wanting more.

How to be a good Wordler

Some players have Wordle strategies. Start with the same word every day and one day, like the infinite monkey theorem (that a monkey hitting keys at random for an infinite amount of time will one day type the complete works of Shakespeare), your word will come up first time.

And it’s good to start with a word with lots of the most common letters – mine is TEARS, if you were wondering – as they’re most likely to come up

There has even been talk of some players having spreadsheets keeping note of all the words that have been played so far, so they know which ones to avoid.

Also, remember US spellings aren’t always the same as in the UK (as many British players found out the hard way with FAVOR).

The game was started by Josh Wardle, a software engineer from Brooklyn, New York. Originally created for his partner, Palak Shah, he released it to the public in October. On 1 November, only 90 people had played it. Within two months that number had grown to 300,000, and it continues to snowball.

According to The New York Times (NYT), the viral phenomenon now has millions of players.

Announcing the newspaper’s takeover, Mr Wardle tweeted to say Wordle had become "bigger than I ever imagined (which I suppose isn’t that much of a feat given I made the game for an audience of 1)".

He said it had been "incredible" watching the game grow in popularity but also "a little overwhelming", hence his decision to sell.

Ms Shah was instrumental in getting the game ready for the public, Mr Wardle has said, having narrowed down the initial list of all of the five-letter words in the English language (about 12,000) to the ones that people will actually have heard of (about 2,500, which means it will last for a good few years yet).

Speaking about the game being created for her, she told the NYT: "It’s really sweet. This is definitely how Josh shows his love."

The game has become so popular that there are now imitations.

Airportle, for example, gives players the chance to guess airport abbreviations, while Lewdle is the NSFW (not suitable for work) version (and it’s much harder than the original).

In an interview with the NYT earlier in January, Mr Wardle explained the game’s popularity. "I think people kind of appreciate that there’s this thing online that’s just fun," he said. "It’s not trying to do anything shady with your data or your eyeballs. It’s just a game that’s fun."

Moving to The New York Times

The NYT has listed listed the purchase price as being in the "low-seven figures," but did not disclose specifics.

The newspaper, which has popular word games such as Spelling Bee and its crossword puzzle, has assured fans that "at the time it moves to The New York Times, Wordle will be free to play for new and existing players, and no changes will be made to its gameplay".

Jonathan Knight, general manager for The New York Times Games, said: "The game has done what so few games have done: It has captured our collective imagination, and brought us all a little closer together.

"We could not be more thrilled to become the new home and proud stewards of this magical game, and are honoured to help bring Josh Wardle’s cherished creation to more solvers in the months ahead.

"As part of our portfolio of games, Wordle will have an exciting future with the help of a team of talented engineers, designers, editors and more, furthering the user experience."