Whoopi Goldberg apologises for ‘devastating’ and ‘dangerous’ comments about Holocaust 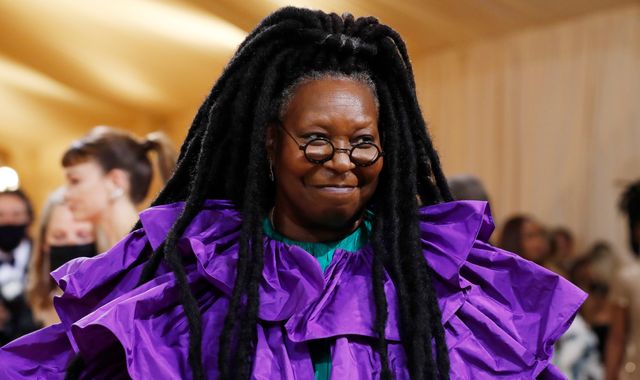 Whoopi Goldberg has apologised for comments about the Holocaust that were described by others as "devastating" and "dangerous".

The actor co-hosts ABC talk show The View and was taking part in a discussion about a US school board’s decision to ban Maus, a Pulitzer prize-winning graphic novel about the experiences of a Holocaust survivor.

Goldberg, 66, had said: "Let’s be truthful – the Holocaust isn’t about race.

"It’s about man’s inhumanity to man – that’s what it’s about."

When one of her co-hosts said the Holocaust was "about white supremacy", Goldberg replied: "But these are two white groups of people.

"You’re missing the point. The minute you turn it into race, it goes down this alley.

"Let’s talk about it for what it is – it’s how people treat each other. It’s a problem.

"It doesn’t matter if you’re black or white, because black, white, Jews… everybody eats each other."

Her words prompted a furious reaction, with criticism from Jewish organisations and others.

Jonathan Greenblatt, chief executive of the Anti-Defamation League, said: "The Holocaust was about the Nazis’ systemic annihilation of the Jewish people – who they deemed to be an inferior race.

"They dehumanised them and used their racist propaganda to justify slaughtering six million Jews.

Stopantisemitism.org had tweeted: "Six million of us were gassed, starved, and massacred because we were deemed an inferior race by the Nazis.

"How dare you minimise our trauma and suffering!"

‘It is about both’

Goldberg wrote an apology on Twitter later on Monday, saying: "On today’s show I said the Holocaust ‘is not about race but about man’s inhumanity to man’.

"I should have said it is about both.

"As Jonathan Greenblatt from the Anti-Defamation League shared: ‘The Holocaust was about the Nazis’ systematic annihilation of the Jewish people, who they deemed to be an inferior race’. I stand corrected.

"The Jewish people around the world have always had my support and that will never (waver).

"I am sorry for the hurt I have caused.

Mr Greenblatt later thanked Goldberg for her apology, adding: "As antisemitism surges to historic levels, I hope we can work together to combat ignorance of that horrific crime and the hate that threatens all."

Share
Facebook
Twitter
Pinterest
WhatsApp
Previous articleSue Gray report: Sir Keir Starmer says those who followed COVID rules will be angry with Boris Johnson
Next articleCost of living: One in five cutting back on gas and electricity use amid inflation squeeze