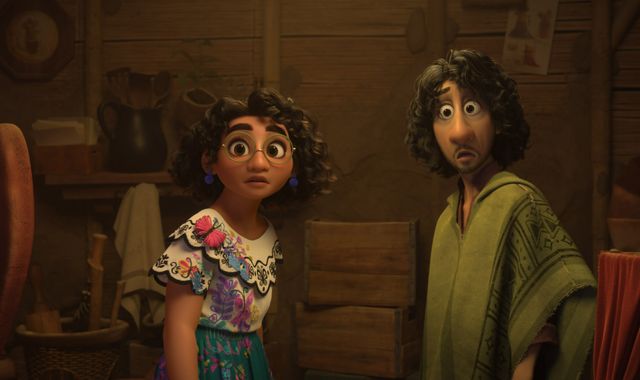 For any household with children – or even just Disney fans – you are likely well versed in the songs from the studio’s latest animated classic, Encanto.

Since its release on to Disney+ on Christmas Eve, streaming of the film’s soundtrack has soared, as fans get their fix of the Lin-Manuel Miranda-penned music.

And now, the tune We Don’t Talk About Bruno from the film has landed at number one on the US Billboard 100 – giving Disney its first American chart-topper in almost two decades after knocking Adele’s Easy On Me off the top spot.

The track, which also gives song-writing supremo Miranda his first ever US number one, follows the film’s magical family as they try to avoid talking about their sibling Bruno, after a number of his prophecies came true.

As well as landing at the top of the US charts, it has also spent two weeks at number one on the UK’s Top 40 charts, where it becomes Disney’s first ever original chart-topper – and it has eyes on a third week.

Encanto quietly opened in cinemas in November 2021, but quickly shot to popularity once it was released online.

We Don’t Talk About Bruno is only the fifth song by Disney, which is famous for its aminated musicals, to ever break into the US top five.

Surface Pressure, another track from the film, performed by Jessica Darrow, also appears in the UK and US top 10s, underlining the film’s popularity on music streaming platforms.

In the lead role, the film stars Brooklyn Nine-Nine actress Stephanie Beatriz, who recently told Sky News, when talking about the film’s co-writer and song-writer Lin-Manuel Miranda: "I love him. He’s amazing.

"I’ve known him since we were both like young, poor artists in New York. He’s an incredible person, friend, collaborator, artist. I love his work and I think he’s an amazing person."

On Spotify, the world’s biggest music streaming service, We Don’t Talk About Bruno has notched up almost 102 million listens worldwide – but that is still some way behind the likes of Let It Go (517 million) and A Whole New World (209 million).

However, it was streamed in the US alone 39.5 million times last week, so it could soon surpass the other most popular tracks from the studio some time soon.

Encanto is now streaming on Disney+.