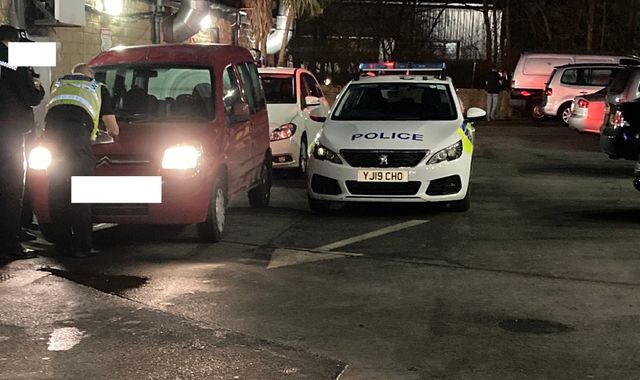 Police in Bradford have been deploying undercover female officers to catch men shouting at and harassing women from their cars.

The operation was launched after female students in the city reported the behaviour of some drivers which “made them feel threatened and unsafe”.

Police decided to crackdown on the problem by sending undercover officers to some of the areas identified by the students.

“Women should feel safe to walk our streets”

They say the “harassment of women and girls in any way is unacceptable” – and released an image of one driver having his details taken by officers after they were caught “making comments by officers which were classed as causing alarm and distress”.

It comes amid an ongoing movement to end violence and harassment against women, with a number of Reclaim These Streets protests and vigils having taken place across the UK over the last year.

“Before Christmas officers were made aware of concerns expressed by female students of the behaviour of some drivers in the city which made them feel threatened and unsafe including harassment and harassing comments made against them.

“As many of these reports were third-hand only, plain clothes female officers have been conducting patrols in identified student areas to gain a better understanding of any problems and build an intelligence picture of what is taking place.

“In a recent operation a driver was spotted making comments by officers which were classed as causing alarm and distress under the Public Space Protection Order in place in the city, and a report has been made.”

She said uniformed patrols would also continue in affected areas.

“Harassment of women and girls in any way is unacceptable and we will look to utilise any necessary Police and Partnership powers to positively tackle any issues identified at an early stage,” she added.

The Reclaim These Streets movement, which rose to prominence following the murder of Sarah Everard, aims to highlight “street harassment of women and girls”, “educate boys and men to take responsibility for the problem of violence against women and girls” and work “to challenge misogyny in the way our laws are written and enforced”.

“Streets should be safe for women regardless of what we wear, where we walk or what time of day or night it is,” the group says.

“It’s wrong that the response to violence against women requires women to behave differently.”