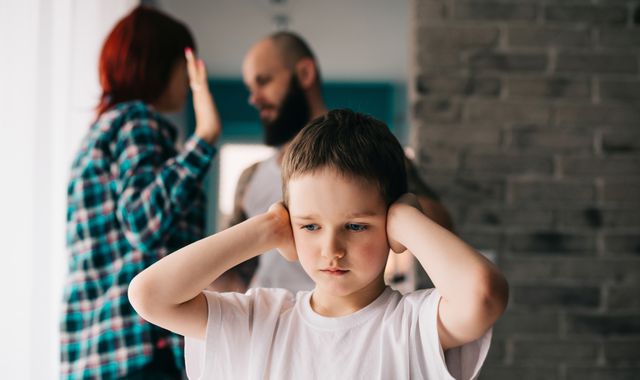 Police made an average of 669 child protection referrals to social services every day last year due to domestic abuse across England and Wales, new figures show.

The 244,197 referrals in 2020-21 were an 8% increase on the previous year and have been described by the National Society for the Prevention of Cruelty to Children (NSPCC) as the “tip of the iceberg”.

The figures – from NSPCC analysis of HM Inspectorate of Constabulary and Fire and Rescue Services data – come amid calls to do more to help children affected by domestic violence.

The Domestic Abuse Act has meant that children are now able to be officially recognised as victims of domestic abuse, but the NSPCC said more needs to be done to ensure their needs are considered.

“Tip of the iceberg”

Anna Edmundson, NSPCC head of policy and public affairs, said: “Sadly, we know these figures are the tip of the iceberg as domestic abuse often goes unreported.

“Domestic abuse can derail a childhood and it is unacceptable that support to recover remains patchy across the country, and what is available risks being axed by cash-strapped councils.

“We urge (justice secretary) Dominic Raab to use the Victim’s Law to address this and ensure young victims of domestic abuse have easy access to professional services within their community so they can rebuild their lives no matter where they live.”

Local authorities must provide accommodation-based support services, such as refuges, when families need to leave their homes to escape domestic abuse.

But they do not have the same obligation to provide specialist and therapeutic services in the community for victims who remain at home after suffering domestic abuse.

The NSPCC said support across the country could “dwindle further” as cash-strapped councils divert more resources to accommodation-based services despite the majority of victims using community-based services.

Terri White, a journalist and author, lived in an abusive home as a child, with both she and her mother being assaulted by her mother’s partners.

She said: “I lived through violence as a child and can testify to the physical, emotional and mental trauma you’re left with which can be life-long. That trauma has taken me decades to work through.”