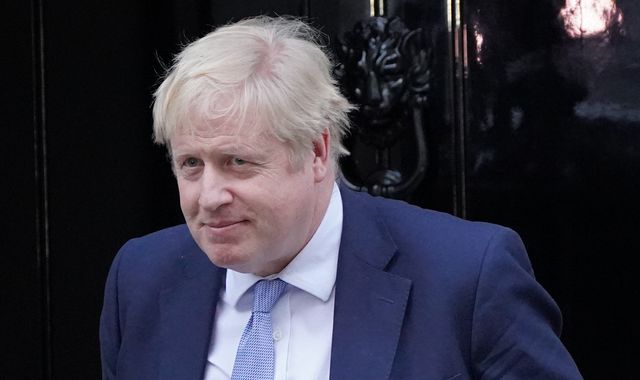 Downing Street lockdown gatherings represented a “serious failure” and are “difficult to justify”, Sue Gray has said in a pared-back report following her investigation.

A limited version of the Cabinet Office inquiry by top civil servant Ms Gray has been made public after weeks of delay.

The 12-page document, which was pared back due to the Metropolitan Police investigating some of the gatherings, is likely to prove pivotal in determining the prime minister’s future as he faces anger over the partygate scandal.

Boris Johnson apologised to the Commons and promised a shake-up of No 10, insisting: “I get it and I will fix it.”

Key points in the version of the Gray report include:

• Some of the behaviour surrounding these gatherings is difficult to justify

• The garden at 10 Downing Street was also used for gatherings without clear authorisation or oversight. This was not appropriate

Explainer: What’s in the Sue Gray report and which Downing Street parties did she investigate?

No ‘meaningful report’ at this stage

Last week, the Met Police launched a criminal investigation into potential breaches of COVID regulations in Downing Street and Whitehall and requested Ms Gray’s report make only “minimal reference” to events it is looking at.

The 12 gatherings being looked into by the Met include an event that happened at the Downing Street flat on 13 November 2020, the night aides Dominic Cummings and Lee Cain left their Number 10 roles, and an event to mark the PM’s birthday on 19 June 2020.

The Met Police revealed on Monday afternoon officers are reviewing “at pace” more than 300 images and 500 pages of information handed over by the Cabinet Office on Friday.

They said officers are now confirming which individuals need to be contacted for their account and will be issued with a fixed penalty notice if police deem them to have breached COVID regulations – which they can dispute in a magistrates’ court.

Ms Gray said the police investigation means she is “extremely limited in what I can say” so it is “not possible at present to provide a meaningful report” setting out all she has discovered.

She said she has opted not to publish factual accounts of events not under investigation by police because to do so would damage her overall findings.

A No 10 spokesman said after the Met’s investigation is complete, the PM will ask Ms Gray to update her work “in light of what is found” and that will be published.

Addressing MPs in the Commons, Mr Johnson said: “I want to say sorry – and I’m sorry for the things we simply didn’t get right and also sorry for the way this matter has been handled.

“First it is time to sort out what Sue Gray rightly calls the fragmented and complicated leadership structures of Downing Street which she says have not evolved sufficiently to meet the demands of the expansion of Number 10 and we will do that, including by creating an office of the prime minister with a permanent secretary to lead Number 10,” he said.

Finishing his statement, the PM said: “I get it, and I will fix it. I want to say to the people of this country I know what the issue is.

Labour leader Sir Keir Starmer said: “The prime minister must keep his promise to publish Sue Gray’s report in full when it is available, but it is already clear what the report disclosed is the most damning conclusion possible.”

Mr Johnson reacted to Sir Keir by accusing him of failing to prosecute notorious sex offender Jimmy Savile while he was director of public prosecution, prompting Nazif Afzal, a former chief Crown prosecutor, to call the PM a “disgrace”.

Tory MPs decide if they are supporting PM or not

The PM has come under increasing pressure to resign over the partygate revelations following the report’s release.

Some of his backbenchers have already called for Mr Johnson to go, while a number of others have said they were waiting for the release of the Gray report before deciding whether to send a letter to the 1922 Committee of Tory MPs demanding a contest.

Former cabinet minister and vice-chair of the Conservative Party, Andrew Mitchell, told the Commons the PM no longer has his backing.

Tory MP Tobias Ellwood said if Mr Johnson fails to publish the Sue Gray report in full “he will no longer have my support”.

And former PM Theresa May said the report demonstrates that No 10 “was not observing the regulations they had imposed on members of the public”.

She said this means her successor “had not read the rules or didn’t understand what they meant and others around him, or they didn’t think the rules applied to Number 10”.

She told Sky News that Mr Johnson has “lost the confidence of the British public” and should resign.

Lib Dem leader Sir Ed Davey called on Conservative MPs to do their “patriotic duty” and get rid of Mr Johnson.

“He must go before he does our country any more harm,” he said.

“The prime minister is guilty of breaking lockdown rules and misleading parliament. He must resign – or be removed from office,” he said.

Mr Blackford accused the PM of lying to the Commons, for which he was ousted by the Speaker and was seen being escorted out by security.