Rishi Sunak: Govt ‘going after each and every person’ suspected of COVID support scheme fraud as Labour call for investigation 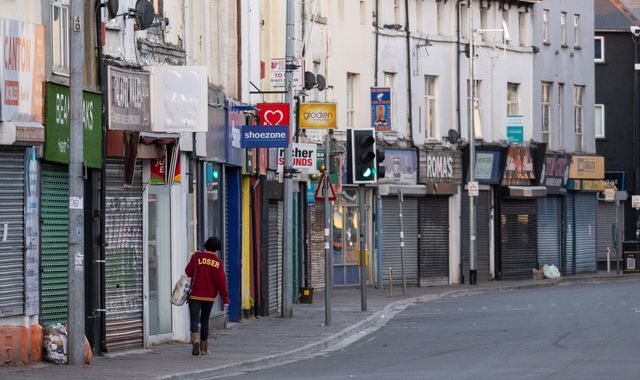 Rishi Sunak has said the government is “going after each and every person” suspected of “defrauding the taxpayer” through the government’s COVID support schemes.

The chancellor disputed reports the government has written off £4.3bn of fraudulently claimed COVID business support loans and denied he is “ignoring” the matter.

His comments came as Labour called on Mr Sunak to allow the National Crime Agency (NCA) to investigate the matter.

In an opposition day debate in the Commons, the party urged the government to allow the “astronomical levels of fraud” committed during the coronavirus pandemic to be reviewed.

Labour called on the chancellor to provide an update on the amount of money fraudulently pocketed that has been reclaimed by next month.

“His defence all along has been that there was pressure to get help to businesses. That’s no excuse for not even having minimal controls in place. And now the taxpayer is being asked to pay the bill,” Ms Reeves said.

“Endemic waste and fraud under the Tories are pouring taxpayers’ money away. Yet at the same time, they’re hiking taxes, asking working people to pay even more.”

Arrests made over ‘bounce back fraud’

But, responding in the Commons, Mr Sunak said the original total sum of expected fraud – £4.9bn – “has actually already been revised down by a third since it was first published thanks to the actions that we are taking”.

He told MPs: “I can say categorically no-one has written this off, we are going after it.”

The chancellor added that the NCA has “already helped in investigations which have led to 13 arrests with regard to bounce back fraud”.

Announcing his resignation in the House of Lords, Treasury minister Lord Agnew – who was responsible for efficiency and transformation – accused the government of making “schoolboy errors” by giving loans to more than 1,000 companies which were not trading when COVID struck.

‘We reserve the right to come after you’

On Monday, Chief Secretary to the Treasury Simon Clarke said he did not recognise reports that his department refused to allow the NCA to investigate fraud associated with the bounce back loan scheme.

The bounce back scheme was set up in April 2020 with the aim of keeping small businesses afloat during COVID, attracting applications from around a quarter of businesses in the UK. A total of 1.5 million loans worth £47bn were issued through it.

Mr Clarke said his department continues to work with the NCA and HMRC to pursue those who have inappropriately claimed money, and he insisted the government “have not written off any of this money”.

“We reserve the right to come after you if you’ve taken this money incorrectly,” he added.

In December, the spending watchdog estimated that the cost of fraudulent loans was £4.9bn – more than 10% of the total sum given out.

In response to Lord Agnew’s resignation last week, a Number 10 spokesperson said the government was taking action against fraud, adding that 150,000 ineligible claims have been blocked and £500m recovered last year.

They noted that a HMRC tax protection taskforce was also expected to recover an additional £1bn.

She has also urged the chancellor to explain how he would get the money back.