Partygate: Release of Sue Gray’s report is far from the end of the affair for the PM 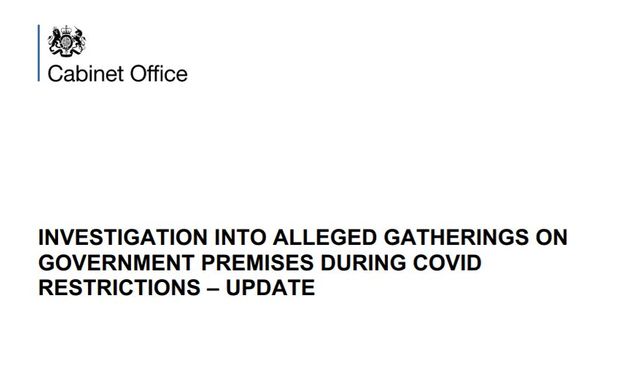 For weeks we’ve been told to “wait for Sue Gray” but as soon as her report landed it was clear that judgment day was delayed.

The 12-page “update” noted failings in leadership and concluded “some events should not have happened”.

But it has nowhere near settled this whole sorry saga. As Ms Gray put it herself: “It is not possible at present to provide a meaningful report”.

Instead the Metropolitan Police is investigating a dozen events over eight different dates. They have been handed more than 300 photos and more than 500 pieces of paper evidence. And the prime minister is entwined in it.

Four of those events being looked at by the Met were reportedly attended by the prime minister himself.

One of those events – which he denies took place – is an alleged party in his private Downing Street flat.

When it comes to what the PM potentially knew and when, the jury is still out, the evidence not in.

So Mr Johnson’s refrain “wait for Sue Gray” has morphed into “wait for the Met”.

He came to the House of Commons armed with an apology – “I get it and I will fix it” – and promised to improve his No 10 operation.

But the mood in the Commons was sulphurous, with none other than the former prime minister Theresa May leading the criticism.

On the face of it, the prime minister was bullish and in full strong-man mode.

But a hint of the pressure being applied behind the scenes by his party became all too clear when No 10 was bounced into committing to publish the Gray findings in full once the police investigation is complete.

The PM had repeatedly refused to give colleagues that undertaking in the Commons just hours earlier.

This a reminder that, for all the public show of strength, he is a leader still out of control of his parliamentary party.

He is also still vulnerable to events beyond his control.

The Metropolitan Police is now investigating what happened in No 10 on the back of evidence uncovered by the Gray report.

The prime minister repeatedly told the Commons no rules were broken in his No 10. Can he really square that circle?

And when the full findings come out, can he reassure enough of his MPs to avoid a confidence vote, and enough of the public to give him a second hearing as prime minister?

His allies believe he can ride out this storm, stressing that there is no mood in the parliamentary party to change leaders, and the PM needs time to put the No 10 operation back together and his premiership back on track.

They hope the public will lose interest and the scandal will peter out.

But there is no doubt that his is now a deeply-divided party, split over their leader and what should become of him.

As former justice secretary Robert Buckland told me on Monday night, the “jury is still out” and “we haven’t come to the end of the process”.

Former chief whip Mark Harper agreed – “I don’t think he’s out of the woods at all”.

And for all the vocal supporters and critics of Mr Johnson, there is a silent majority of MPs who are still waiting and watching, reserving judgement for now.

Today was far from the end of the affair.