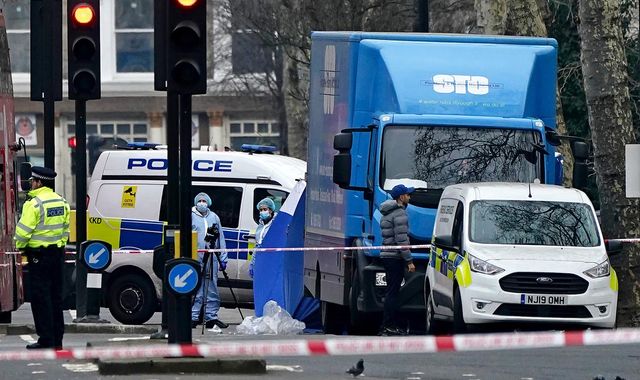 A driver who knocked down a knife attacker with his car in a desperate attempt to stop him killing a mother-of-two has been released without charge.

Leon McCaskre, 43, died after being hit by the vehicle in Maida Vale, west London, last month.

The collision happened as McCaskre fatally stabbed his ex-partner, Yasmin Chkaifi, in the street.

The driver of the car, a 26-year-old man known as Abraham, has been released with no further action, the Metropolitan Police said.

The force said investigators had reviewed the law around self-defence and defence of another, and now considered Abraham “a vital witness” rather than a suspect.

In a statement tweeted by his lawyer, Mohammed Akunjee, Abraham said he was “grateful” the force had “taken this sensible course of action”.

He said: “I once again wish to express my gratitude to the British public who supported me so vocally at this most stressful and trying time.

Detective Chief Inspector Neil Rawlinson said: “Having reviewed the CCTV evidence and taken statements of numerous members of the public and attending officers, as well as reviewing the legal position regarding self-defence and defence of another, a decision has been taken that the driver of the car, a 26-year-old man, will face no further police action.

“He is considered a vital witness to our investigation and will be offered support from professionals to help him come to terms with the terrifying situation he was confronted with.”

Driver had pleaded with police to de-arrest him

Abraham had been arrested on suspicion of murder but was later released on bail until late February.

Last week he pleaded with the police to de-arrest him saying he “just wanted to stop him hurting anybody further” and it was “never my intention to harm” McCaskre.

McCaskre ambushed his ex-partner Ms Chkaifi and repeatedly stabbed her in Maida Vale on 24 January.

Several witnesses tried unsuccessfully to stop the knifeman, before the driver ran him over in a blue Renault Clio.

McCaskre died at the scene on Chippenham Road and Ms Chkaifi was also pronounced dead after the attack.

Abraham said his car stalled after McCaskre went under it, and he and other members of the public attempted to free him so they could give him first aid but they were unsuccessful.

Thousands signed a petition calling for him not to face criminal charges.

Members of Ms Chkaifi’s family were reported to have described Abraham as “a hero”.

The Metropolitan Police has referred itself to the police watchdog after it emerged an arrest warrant for McCaskre had been issued three weeks ago.

He was wanted for allegedly breaching a stalking order and not turning up for court.