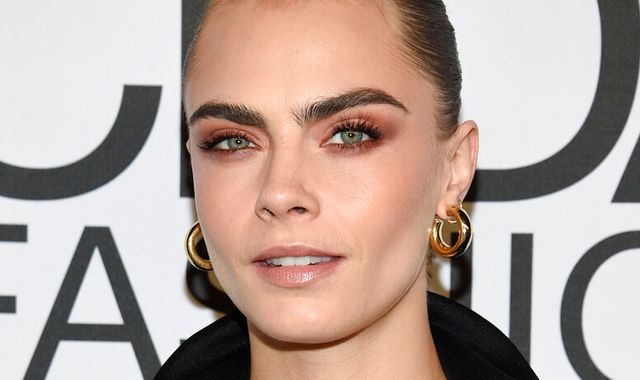 British model Cara Delevingne has said she would have "hated herself less" and "not have been so ashamed" if she had an LGBTQ+ role model growing up.

The 29-year-old previously described herself as pansexual and bisexual, but said last year that how she sexually identifies frequently changes.

Delevingne also said her struggles with her sexuality left her with suicidal thoughts.

In the past she has dated Pretty Little Liars star Ashley Benson and musician St Vincent, both women, but has said "now I really value my privacy so much".

Speaking about the lack of LGBTQ+ role models growing up, Delevingne told Harper’s Bazaar UK: "I do think I would have hated myself less, I would have not been so ashamed, if I’d had someone.

"The one thing I’m happy about growing up queer and fighting it and hiding it is, it gives me so much fire and drive to try to make people’s lives easier in some way by talking about it."

Delevingne, who has also turned her talents to acting and music, added that she has dreams of motherhood but is not ready to start that journey yet.

"I want to have babies. But not yet.

"I buy children’s clothes for my future child who doesn’t exist.

"Baby shoes really get me – they break my heart. I went shopping the other day and I bought these tiny Air Jordans, which are purple and they have a lion on them.

The March issue of Harper’s Bazaar UK is on sale from 2 February.