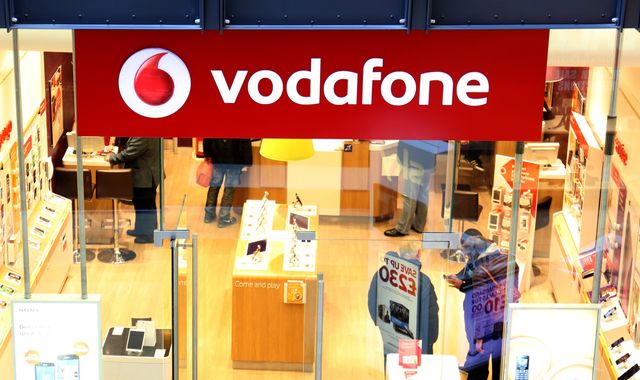 Vodafone shares have climbed after reports that an activist investor has bought a stake in the mobile giant.

The London-listed stock was 4% ahead in early trading after Cevian Capital was said to have acquired an undisclosed chunk of the company to encourage it to lead a consolidation drive in Europe.

That would be welcomed by analysts and investors, who have seen Vodafone’s share price languish over the past couple of years, held back by competition in markets such as Italy, Spain and Portugal.

The group’s chief executive Nick Read has previously made the case for consolidating the number of players in such markets.

He argues that being allowed by regulators to do so would improve returns, encouraging investment and therefore boosting connectivity.

In the past, authorities have sought to protect consumers through healthy competition with four or five players in each market jostling to keep prices low.

The Financial Times said Cevian, Europe’s largest activist fund, wanted Vodafone to be more aggressive in driving
consolidation in markets such as Spain, Italy and the UK.

Reuters reported earlier this month that Vodafone and Iliad were in talks to combine their businesses in Italy.

Cevian’s interest in Vodafone – which is due to report third quarter results on Wednesday – was first reported by Bloomberg.

Victoria Scholar, head of investment at Interactive Investor, said: “Vodafone’s disappointing share price performance, shedding nearly 25% since the pre-pandemic peak lays bare the extent to which an abundance of competitors in some of its key markets such as Italy and Spain have inhibited its ability to keep up with the FTSE 100.

“Unless drastic action is taken to overhaul Vodafone, the stock looks set to continue to underperform the FTSE 100, at a time when the UK market is looking increasingly compelling from a valuation perspective, having underperformed other global indices since Brexit.”