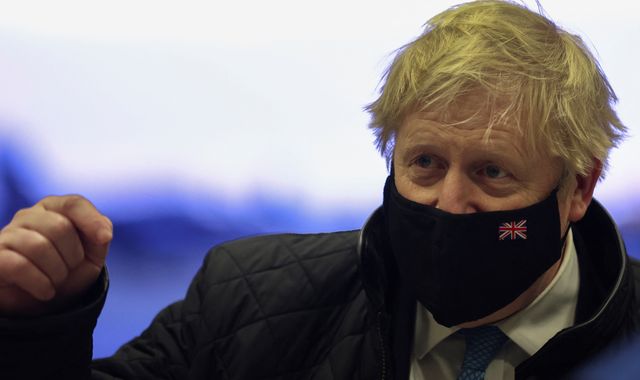 A pared back version of Sue Gray’s long-awaited report into lockdown parties in Downing Street and Whitehall is set to be published imminently, after the Cabinet Office confirmed an “update” had been sent to Number 10.

A limited version of the senior civil servant’s findings is expected to be made public within hours.

Boris Johnson will make a statement in the House of Commons from around 3.30pm, which will then be followed by questions from MPs.

Mr Johnson’s spokesman said: “The findings will be published on gov.uk and made available in the House of Commons library this afternoon and the prime minister will then provide a statement to the House after people have had the opportunity to read and consider the findings.”

Downing Street has said it will publish the report in the full form it has received from the inquiry, but the PM’s spokesman said he “can’t confirm at this point” if what has been removed from the Gray report because of the Met’s investigation will ever be published.

Sources have told Sky News the update is a version of the report that complies with the Metropolitan Police’s request that it make only “minimal reference” to events that are being looked at as part of its criminal probe, rather than the full details of all events examined during the investigation.

According to Sky’s deputy political editor Sam Coates, the use of the word “update” to describe the document given to Downing Street indicates a full document will still be released by Ms Gray once the police investigation concludes.

In his latest comments on Monday morning, Mr Johnson said he “sticks absolutely to what he’s said in the past” about alleged breaches of COVID rules in Downing Street.

Speaking on a visit to the port in Tilbury, Essex, the PM would not be drawn when asked whether the report would be a “whitewash” after the Met’s request.

After he has addressed the Commons, Mr Johnson will address a meeting of the whole Conservative parliamentary party at 6.30pm.

Downing Street confirmed Mr Johnson spoke with Ms Gray on Sunday, with the PM’s spokesman saying: “I think they briefly discussed the findings. I don’t know exactly what they discussed.”

The PM has previously committed to publishing the report in full, but opposition parties have expressed concerns in light of Number 10’s latest comments.

Lib Dem leader Sir Ed Davey accused Downing Street of “backpedaling” on releasing the full report, something which he said is “as disgraceful as it is predictable”.

He continued: “Boris Johnson must confirm that the full report will be published as soon as possible. Every day it is delayed prolongs the pain for the millions across the country who just want answers and for justice to be done.”

Labour leader Sir Keir Starmer recently said he wanted the report published “in full and the investigation finished as quickly as possible”, claiming the government was “paralysed” by the police probe.

Former attorney general and Tory MP Dominic Grieve told Sky News it is “quite telling” that no assurances have been given that the full report will be published.

Mr Johnson has come under pressure to resign over the partygate revelations concerning gatherings that took place in Downing Street and across Whitehall in 2020 and 2021 when COVID-19 restrictions were in place.

If the Cabinet Office report is critical of the PM – particularly if the findings indicate he may have misled parliament – it could further imperil his position and spark a no-confidence vote in his leadership if enough of his Conservative MPs demand a contest.