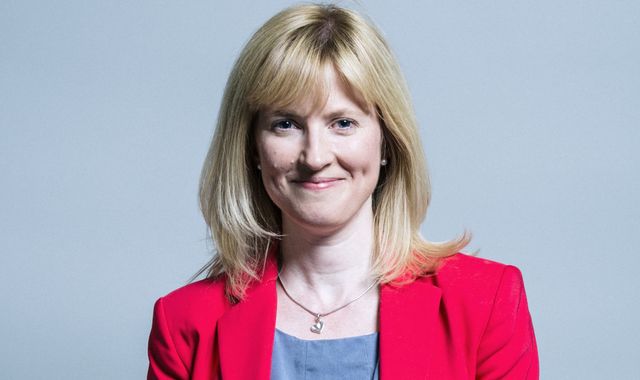 Labour MP Rosie Duffield has said she is considering leaving the party due to “obsessive harassment” from current and former members.

Ms Duffield, who has represented the seat of Canterbury in Kent since 2017, said the party under both Jeremy Corbyn and successor Sir Keir Starmer has “offered me no support at all since I unexpectedly became an MP 5 years ago”.

A Labour Party spokesperson said: “The party continues to be in touch with Rosie Duffield and has offered her advice and support.”

Ms Duffield made the comments in a series of tweets, which she said had been prompted by “yet more personal, libellous, nasty and fictional crap being published about me again today”.

The MP said this had “all published/written by ex and current @UKLabour members who are clearly absolutely obsessed by my private life for some reason”.

“I have been subjected to this rubbish for several years now. It is obsessive harassment,” she said.

Ms Duffield, who said she cannot afford to take libel action against those making the comments, hit out at the party’s leadership, claiming: “Neither the Labour Party or either the former or current Leader or the Whips’ Office have done anything at all to stop it, to offer me any support, help or legal assistance.”

She praised Kent Police, the security team in parliament and the office of Speaker Sir Lindsay Hoyle, but added: “It is the Labour Party that have offered me no support at all since I unexpectedly became an MP 5 years ago.

“I am today considering my future in the Party very carefully.”

It came after reports she had received online threats from transgender campaigners.

Ms Duffield has previously been branded a “transphobe” on social media for making the comment that “only women have a cervix”.

She has also been criticised for her opposition to transgender women being able to access single-sex spaces such as domestic violence refuges, school toilets and prisons.

But the MP said “this issue in no way relates to my stance on women’s rights”.

She added: “I need support from the @UKLabour in Kent and against the constant stream of fictional and factional bile that is written about me.”