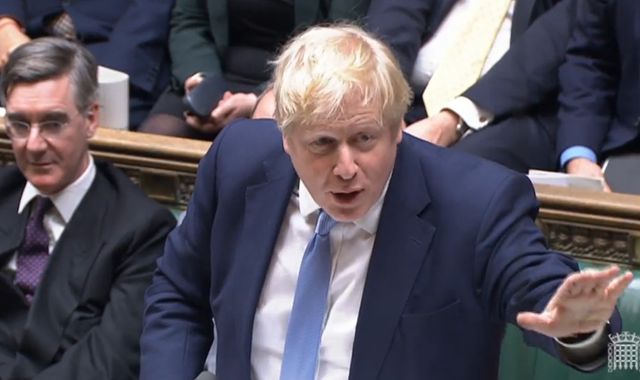 Police investigating an alleged lockdown-busting party in Boris Johnson’s flat in Downing Street as well as a gathering in the Cabinet Room to mark his birthday have been given more than 300 photos and 500 pieces of paper as part of their probe.

The Metropolitan Police is investigating at least 12 gatherings, including a “gathering in the No 10 Downing Street flat” on 13 November, 2020 – the night Mr Johnson’s former aides Dominic Cummings and Lee Cain left their roles.

Also under investigation is the 19 June 2020 event in which Mr Johnson was “ambushed by cake”, in the words of minister Conor Burns, in the Cabinet Room at No 10 to mark the Prime Minister’s 56th birthday. Mr Burns later insisted Mr Johnson had told him there was no cake.

In a statement, the Metropolitan Police said: “Our position from the start has been that, while we don’t normally investigate breaches reported long after they are said to have taken place, if significant evidence became available we would assess it. That is now the situation and why we have acted.

The force added: “Having received the documentation from the Cabinet Office on Friday 28 January, we are now reviewing it at pace to confirm which individuals will need to be contacted for their account. This prioritisation will include reviewing all the material from the Cabinet Office, which includes more than 300 images and over 500 pages of information.

“If following an investigation, officers believe it is appropriate, because the Covid regulations have been breached without a reasonable excuse, a fixed penalty notice would normally be issued. Once the penalty is paid, the matter is considered closed. Alternatively individuals may decide to dispute the notice. In these circumstances officers will consider whether to pursue the matter in a magistrates’ court.”

Mr Johnson apologised to the Commons after the publication of a report by senior civil servant Sue Gray and promised a shake-up of No 10.

Downing Street said an updated report would be published following the conclusion of the police investigation.

It came after Mr Johnson repeatedly refused to guarantee a fuller version of Ms Gray’s work would be published.

A No 10 spokesman said: “Given the police have said they are investigating a number of events, it would not be appropriate to comment further while the Met’s investigation is ongoing.

“But, at the end of the process, the Prime Minister will ask Sue Gray to update her work in light of what is found. He will publish that update.

“However the Prime Minister is clear we must not judge an ongoing investigation and his focus now is on addressing the general findings.”

Ms Gray’s report found there were a series of “failures of leadership and judgment” within No 10 and the Cabinet Office while England had been placed under coronavirus restrictions in 2020 and 2021.

However, she was unable to provide meaningful findings because of the police investigation into at least 12 gatherings linked to government properties in Downing Street and Whitehall.

Ms Gray’s report listed 16 events she had examined as part of her inquiry, but said only four were not now being investigated by the police.

“Unfortunately, this necessarily means that I am extremely limited in what I can say about those events and it is not possible at present to provide a meaningful report setting out and analysing the extensive factual information I have been able to gather,” she said.

‘Failures of leadership and judgment’

Her report about the wider culture within the “heart of Government” said: “Against the backdrop of the pandemic, when the Government was asking citizens to accept far-reaching restrictions on their lives, some of the behaviour surrounding these gatherings is difficult to justify,” she said.

She said there was “too little thought” given to what was happening in the country at the time and “failures of leadership and judgment by different parts of No 10 and the Cabinet Office at different times”.

“Some of the events should not have been allowed to take place,” she said.

“Other events should not have been allowed to develop as they did.”