Madeleine McCann: Suspect claims it would have been ‘absurd’ for him to have abducted her 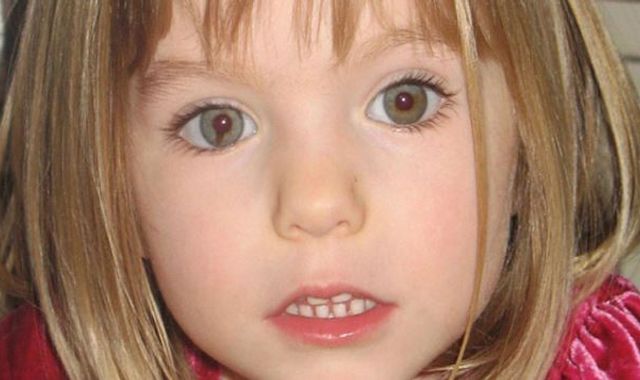 The suspect in the Madeleine McCann case claims it would have been “absurd” for him to have abducted the little girl because it would have risked his criminal life.

In letters from prison, German drifter Christian B – as he is known in the German judicial system – wrote that he survived as a drug dealer because he was careful.

“I was never caught by the police because I followed a few key principles.

“Where possible, only driving during the day so that my battered ‘hippy bus’ didn’t attract attention, only driving on the roads I needed to and, most importantly, never provoking the police. So that means not committing any crimes, certainly not abducting anyone.”

Christian B is currently serving a seven-year sentence in a German prison for the rape of an elderly American widow in Praia da Luz, Portugal, in 2005, two years before three-year-old Madeleine vanished from the family’s rented holiday apartment in the same resort.

German prosecutors believe he abducted Madeleine and have been building a case against him for three years, though they have not arrested or questioned him.

It’s the first time Christian B, 44, has responded publicly to various statements from prosecutors in the German city of Braunschweig, where investigators are working with support from Scotland Yard detectives and Portuguese police.

Eighteen months ago his lawyer Friedrich Fulscher stopped Christian B from corresponding with Sky News, but it’s believed the suspect wrote out of frustration that his own denial had not been heard.

In his letters to reporter Jetta Rabe of the Sat1 TV entertainment channel, Christian B wrote that he had nothing to do with Madeleine’s disappearance.

“Having said that, this was just as absurd to me at the time as starting a nuclear war or slaughtering a chicken.”

He added: “I see no reason to comment on the accusations made by the Braunschweig public prosecutor’s office. In theory, I could sit back and relax and just wait for the findings.”

Christian B, who has convictions for child sex offences, had travelled between Praia da Luz and Germany in a camper van for several years before Madeleine vanished in May 2007.

Prosecutors say they have a compelling but circumstantial file of evidence against him, including data records that show his mobile telephone was in use on the night close to the Ocean Club complex where Madeleine’s parents had left her and her younger twin siblings asleep in their unlocked apartment while they dined with friends nearby.

In a documentary the Sat1 producers say they will also reveal evidence that Christian B had carried out repair work at the holiday centre.

Prosecutor Hans Christian Wolters said: “We are grateful to the Sat1 team for sharing certain findings with the public prosecutor’s office.

“There are witnesses who might prefer to speak to the media than to us or the police. If this produces any ideas, we will of course follow these up.”

The German authorities are currently investigating Christian B over three separate sex crime allegations, including the rape of an Irish holiday worker.

Share
Facebook
Twitter
Pinterest
WhatsApp
Previous articleJoe Rogan and Spotify: Who is the US podcaster and what is the COVID misinformation row all about?
Next articleSue Gray report: Key findings from investigation into Downing Street lockdown parties