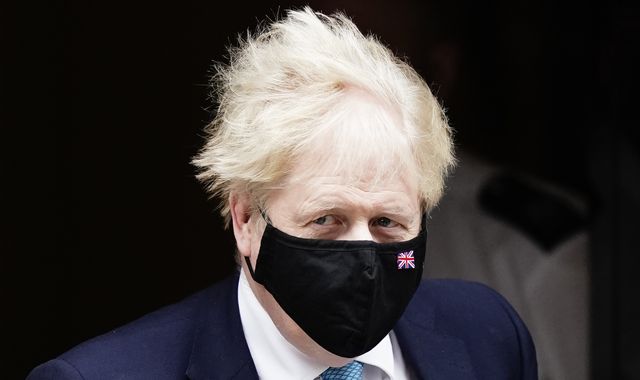 The prime minister could know his fate within days, as the report into alleged lockdown-busting parties at Downing Street is expected to be released this week.

Boris Johnson is yet to receive a copy of senior civil servant Sue Gray’s report, but it is expected in a matter of days.

A redacted version of the report is also likely to be made public this week, the redactions being in line with a request from the Metropolitan Police, which is also investigating the Downing Street gatherings.

On Friday evening the Met said it had received information to support its investigation, but said it was not trying to delay the release of Ms Gray’s report.

Commander Catherine Roper, who leads the Met’s Central Specialist Crime Command, said the timing of the document’s release was a matter for the Cabinet Office.

Ms Roper also said the force had asked for “minimal reference” to be made in the report to the “relevant events”, to “protect the integrity of the police investigation” and to be “as fair as possible to those who are subject to it”.

“This will only be necessary until these matters are concluded, and is to give detectives the most reliable picture of what happened at these events. We intend to complete our investigations promptly, fairly and proportionately,” she said.

“We have not delayed this report and the timing of its release is a matter for the Cabinet Office inquiry team.”

Ms Roper said the offences under investigation, if proven, would normally result in the issuing of a fixed penalty notice.

“Should a recipient dispute the fixed penalty notice then the case will be referred back to the Met where officers will consider whether to pursue the matter in a magistrates’ court,” she said.

“As the commissioner said, we will not be giving a running commentary but we will continue to update when significant progress is made in the investigative process.”

While he waits, the prime minister is expected to unveil plans for a “Brexit Freedoms Bill”, allowing retained EU laws to be more easily removed.

It will be among a number of announcements over the coming days that are likely to be seen as an attempt to steer the narrative away from partygate allegations.