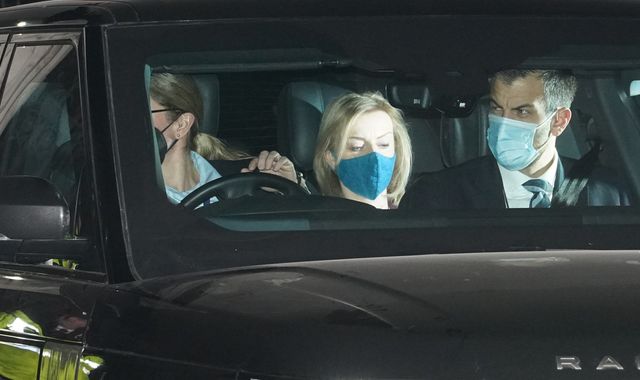 Foreign Secretary Liz Truss, who gave a statement in the House of Commons about Russia earlier today, says she has tested positive for COVID-19.

She said on Twitter: “Thankfully I’ve had my three jabs and will be working from home while I isolate.”

Ms Truss was due to travel to Ukraine on Tuesday. It is not known what the plan now is for this visit.

In order to enter Ukraine, UK nationals need to have health insurance and be vaccinated. They must also test negative within three days of their travel to the country.

The foreign secretary becomes the second member of the cabinet to test positive for COVID in the past few days, after Education Secretary Nadhim Zahawi revealed a positive result from Sunday.

Ms Truss was in the House of Commons earlier today when Prime Minister Boris Johnson apologised to the country following the publication of a pared back version of the Sue Gray report.

On Ms Truss’s other flank was Health Secretary Sajid Javid, who was wearing a face covering.

The foreign secretary was also at a meeting of hundreds of Conservative MPs this evening.

She left the gathering early and hurried past Sky News correspondents without replying to questions.

Earlier today, Ms Truss was in the Commons to give an update on new legislation in response to Russian pressure on the Ukrainian border.

Among the measures announced were new financial restrictions on individuals who are significant to the Kremlin.

She told MPs that “nothing is off the table and there will be nowhere to hide”.

What are the coronavirus rules across the UK

A large number of Conservative MPs were seen in the House of Commons without masks during today’s proceedings.

The legal requirement to wear masks ended last week, although it is still suggested in some scenarios.