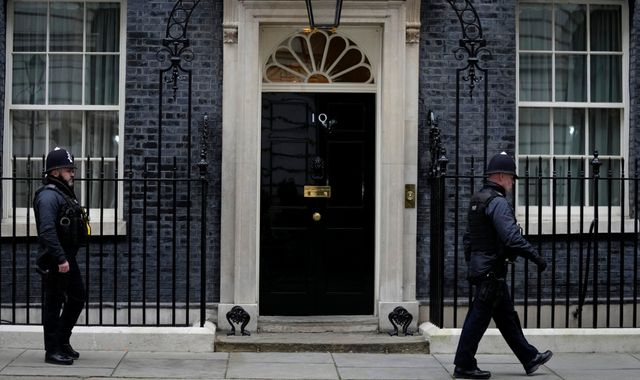 Number 10 has now received Sue Gray’s report into the Downing Street lockdown parties – so what happens next?

Boris Johnson and his team will be poring over the senior civil servant’s published inquiry into whether COVID rules were broken before reacting to it.

The reaction – and whether he faces calls to resign – all depend on the content of the report that has taken weeks to conclude.

Will it be published in full?

On Monday morning, a Cabinet Office spokesman said: “We can confirm that Sue Gray has provided an update on her investigations to the prime minister.”

Sources have told Sky News the update is a version of the report that complies with the Metropolitan Police’s request that it make only “minimal reference” to events that are being looked at as part of its criminal probe, rather than the full details of all events examined during the investigation.

According to Sky’s deputy political editor Sam Coates, the use of the word “update” to describe the document given to Downing Street indicates a full document will still be released by Ms Gray once the police investigation concludes.

Downing Street has said it will publish the report in the full form it has received from the inquiry, but the PM’s spokesman said at Wednesday lunchtime that he “can’t confirm at this point” if what has been removed from the Gray report because of the Met’s investigation will ever be published

Barrister Chris Daw told Sky News there is “absolutely no legal reason” the report cannot be released in full as COVID regulations are not subject to contempt of court legislation.

Labour has called for it to be published in full, “with all accompanying evidence”.

MPs are likely to pressure the prime minister on this point later today.

What will Boris Johnson’s next steps be?

The PM confirmed he would make a statement to the House of Commons after the report was received by Downing Street.

MPs will expect him to provide a statement within hours of him receiving it.

Although No 10 has not confirmed the details of such an appearance, sources suggest Mr Johnson is planning to head to the despatch box on either the same day the report is received or the day after.

However, opposition sources have raised concerns about how much advance sight they will have of the document.

They said Downing Street may not allow them enough time to digest the findings before questioning the prime minister.

Will the PM face a vote of no confidence?

While several Conservative MPs have already called for the PM to go over the Downing Street lockdown events, many have said they would wait for the report to be published before making a decision.

A handful of MPs have confirmed they have handed in letters of no confidence to Sir Graham Brady, the chair of the 1922 Committee, with 54 needed for a vote on the PM’s leadership.

All eyes and ears will now be on Sir Graham to see whether the publication of the report results in that threshold being reached.

A vote of confidence would normally be held within the days that follow the threshold being met.

What could Labour do?

The opposition have already called for the PM to go.

They have also demanded the report is published in full but if it is not they could use parliamentary mechanisms to attempt to force it to be.

Labour could table a “humble address”, which is a message to the Queen that is used to call for papers to be published by the government.

A “motion of censure” could also be used to officially call for the PM to go on the basis of the report.