UK weather: Woman killed and 110,000 homes and businesses lose power in Storm Malik – and country to be battered by Storm Corrie within hours 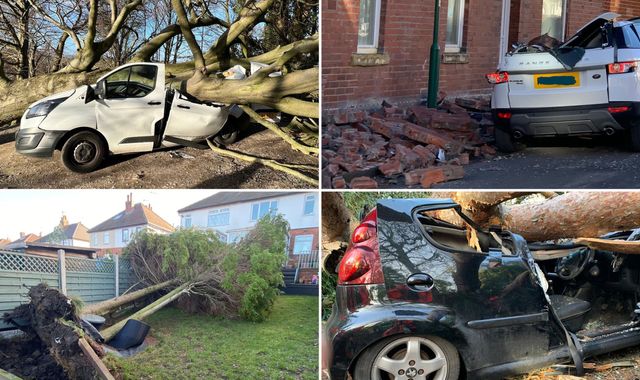 A woman has been killed and more than 110,000 homes and businesses have suffered power cuts after extreme weather swept parts of UK – amid warnings another storm is set to batter the country with strong winds, snow and heavy rain within hours.

Northern Powergrid said about 36,000 of its customers remained without power as of 1pm – out of more than 62,000 affected.

In Greater Manchester, a woman had to be rescued by firefighters after a tree fell on to the roof of her car.

Another tree crushed a van in Apperley Bridge, Bradford – just moments after the man inside had gotten out.

Because of Storm Malik, an amber weather warning was issued for eastern Scotland from 7am to 3pm on Sunday.

Two Scottish Premiership fixtures due to be played today at Aberdeen and Dundee were postponed due to safety concerns about the weather.

“Strong winds will continue for a time this afternoon though will start to ease into this evening,” the weather service said, saying northern areas were the ones affected.