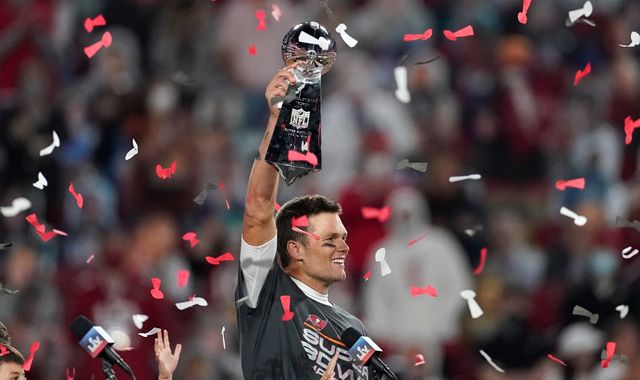 NFL legend Tom Brady is to retire after a remarkable 22-year career which saw him win seven Super Bowl titles.

Brady’s company TB12sports tweeted to thank the 44-year-old for his career, confirming his retirement after it was first reported by ESPN.

According to the reports, Tampa Bay had asked Brady to stay on for one more season, but had turned down the opportunity to spend more time with his three children and wife Gisele Bündchen.

He signed for the Tampa Bay Buccaneers in March 2020, winning his seventh Super Bowl there on home turf.

Brady, who has previously said he wants to still be playing at the age of 45, is considered to be the greatest quarterback in NFL history, having made his name during a history-making 20-year spell with the New England Patriots.

He was selected by the Patriots in the year 2000, being selected in the sixth round of that season’s draft.

Brady has also bagged the most NFL career wins ever, with 243.

He is also the only person to have won more than five Super Bowls and has also been the MVP in the championship game five times.