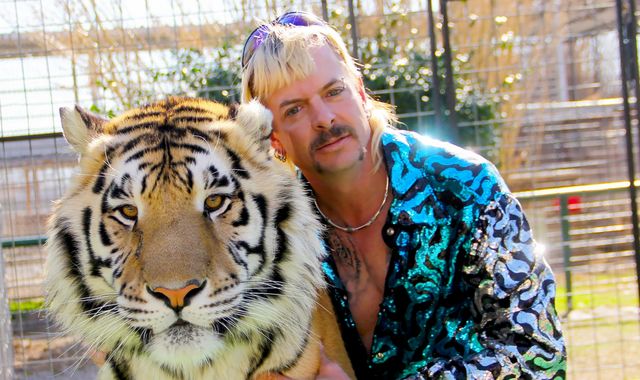 Joe Exotic from Netflix series Tiger King has been resentenced to 21 years in prison after a judge rejected his plea to be freed.

Exotic – whose real name is Joseph Maldonado-Passage – was originally sentenced in 2020 to 22 years in prison.

He told a US federal judge on Friday: "Please don’t make me die in prison waiting for a chance to be free."

Wearing an orange prison jumpsuit, the 58-year-old still had his trademark mullet hairstyle, but the bleach-blonde was fading to grey.

Baskin and her husband also attended the proceedings, and she said she was fearful that Exotic could threaten her.

"He continues to harbour intense feelings of ill will toward me," she said.

Both Exotic and Baskin starred in the Netflix documentary Tiger King which became an international hit in 2020, with a second series released last year.

His lawyers said they would appeal against both the resentencing and petition for a new trial.

The latest hearing came after a federal appeals court ruled last year that Exotic’s prison term should be shortened.

The appeal judges agreed with Exotic that his two separate murder-for-hire convictions should be treated as one, because both had the aim of arranging Ms Baskin’s death.

Baskin runs a rescue sanctuary for big cats in Florida and had criticised Exotic’s treatment of animals.

In the recording, he told the agent: "Just like follow her into a mall parking lot and just cap her and drive off."

His lawyers have said their client – who once operated a zoo in Wynnewood, Oklahoma – was not being serious.