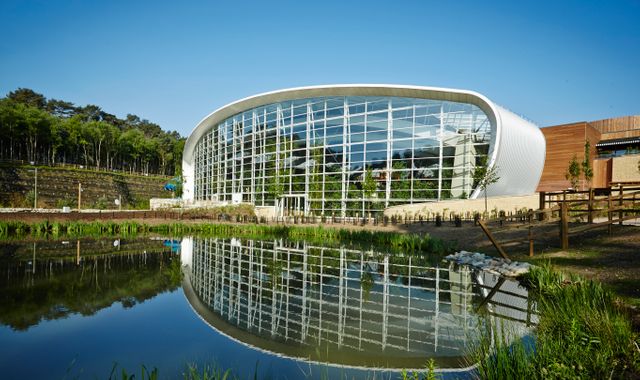 The owner of Britain’s biggest chain of upmarket holiday villages is to launch a £4bn auction of the business after recording the most profitable half-year in its history in spite of pandemic-related operating constraints.

Sky News has learnt that Brookfield Property Partners, the Canadian property giant, is paving the way to sell Center Parcs UK potentially as soon as this year.

City sources said this weekend that Brookfield had engaged the accountancy firm PricewaterhouseCoopers to assist with preparations for a sale process.

Investment banks have yet to be formally appointed to handle an auction, and one person close to the process said it was possible that Brookfield would decide to retain the business for a longer period if it did not secure a sufficiently attractive offer.

Center Parcs is one of the most famous brands in the British leisure industry, drawing millions of visitors annually to its five UK sites and the latest addition to its portfolio, at Longford Forest in Ireland.

Its locations offer a mixture of adventure and leisure activities for families, such as watersports and horse riding, as well as spa packages.

The company opened its first site in the UK in 1987 at Sherwood Forest in Nottinghamshire.

Last year, it announced plans to spend up to £400m on developing another village at Oldhouse Warren in West Sussex.

In the company’s latest financial results for the 24 weeks ended 7 October, Center Parcs said it had recorded record earnings before interest, tax, depreciation and amortisation of almost £120m “despite operating to self-imposed reduced capacity limits”.

Its other UK locations are at Elveden Forest in Suffolk; Longleat Forest in Wiltshire; Whinfell Forest in Cumbria; and Woburn Forest in Bedfordshire.

Center Parcs has been a public company in the past, being floated on London’s junior AIM market in 2003 before moving to a main market listing two years later.

It was then taken over by Blackstone, the private equity firm, in 2006, before being sold to Brookfield in 2015 in a deal reported to have been worth £2.4bn.

Brookfield briefly explored plans to put Center Parcs up for sale before the pandemic but has only recently revived internal discussions about running a formal process, according to insiders.

Large private equity and real estate investors, as well as pension funds are likely to be to among those who examine bids for the business.

Center Parcs’ UK and Ireland operations are owned separately to the European business that also trades under the brand.

The brand dates back to 1968, when the first village opened in the Netherlands.

Run by Martin Dalby, its chief executive for more than 20 years, Center Parcs’ shareholders have received hundreds of millions of pounds in dividends since Brookfield bought the business.

An auction of the business, which may not formally kick off for some months, will come amid a deluge of corporate activity in the UK holiday sector, fuelled by a surge in domestic demand during the pandemic.

Park Holidays recently changed hands in a £950m deal after being sold to Sun Communities of the US.

The UK’s largest operator, Parkdean Resorts, is expected to trade in the coming months, while CVC Capital Partners acquired Away Resorts, another big player in the sector, last year.

Butlin’s, one of the most famous names in the industry, is also up for sale, with Bourne Leisure, its parent company, due to kick off a process shortly.

This week, Sky News revealed that Forest Holidays was also being put up for sale for about £250m – a deal that would land a windfall for the Forestry Commission, which is a shareholder in the business.