‘I became the devil’: Trauma of woman wrongly suspected of murdering an entire family in Clydach 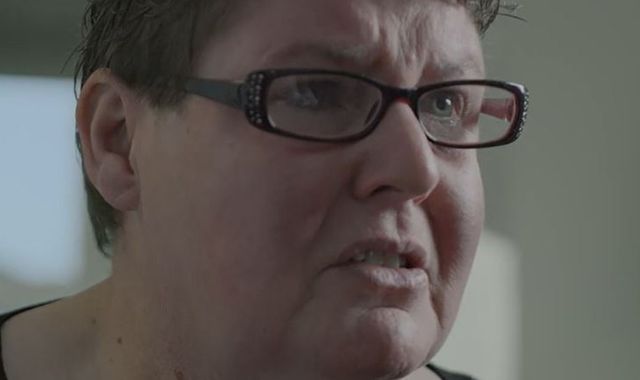 As an angry mob gathered outside a police station, Alison Lewis thought she was going to be killed.

The former Welsh women’s rugby international, and ex-policewoman, had been arrested over the brutal killings of three generations of the same family – and a “baying, screaming” crowd was waiting for her.

After four days of intense questioning on suspicion of the quadruple murder in Clydach, South Wales, Alison was released on bail and hid in the back of a car as she left the station.

“I became the devil,” she tells a new documentary.

“All they wanted was my blood.

“I remember lying on the floor of the car thinking: ‘I’m going to die here in the back of this car and I won’t be able to prove I’m innocent’.

“I really thought I was going to be killed.”

A year before her arrest, Alison’s lover Mandy Power had been found dead along with Mandy’s mother Doris and daughters, Katie, 10, and Emily, aged eight.

Now, a new four-part series takes a forensic look at the biggest murder investigation in Welsh history – with Alison agreeing to a TV interview about the case for the first time in more than a decade.

Filmmaker Owen Phillips, who went to school near Clydach at the time of the murders, said the early media focus on Alison was partly because of her “unorthodox” relationship with Mandy and her martial arts training, which included a black belt in karate.

He tells Sky News: “The headlines were obsessed with Alison because she was a black belt, she was a Welsh rugby international, she’d been a police officer – all those things were tantalising for journalists.

“I feel for Alison. She said she loved Mandy. They were preparing to have a life together.

“She had the trauma of the murder and then she was a suspect.”

At the time of her affair with Mandy, Alison was married to Stephen Lewis, an officer with South Wales Police, who was also arrested on suspicion of the murders.

His twin brother Stuart, who was a police officer too, was arrested on suspicion of perverting the course of justice.

They were all released without charge.

Former builder David “Dai” Morris – who claimed he had a fling with Mandy – was eventually convicted of the murders and spent 22 years in jail before his death in August last year.

A blood-stained gold chain found at the crime scene had led police to Morris, with paint found on the jewellery matching paint used on kitchen cabinets at his flat.

Morris always protested his innocence and his family have vowed to clear his name.

“They completely believe he didn’t do it and they’ll say it’s not a question of blind faith,” Phillips says of Morris’s family.

“They can’t let it go – if they did, they’d feel like it was a betrayal.

“The police and the family of Mandy Power 100% think David Morris is guilty and would like this to go away.

“It’s torn the community apart. People are entrenched in their views about who did it.”

The Clydach murders investigation was the largest and most complex homicide probe ever undertaken by a Welsh police force.

Morris was convicted of the murders in 2002 – but the verdict was quashed on appeal due to a conflict of interest by a defence solicitor.

However he was convicted again during a retrial in 2006 and was sentenced to life imprisonment.

A BBC documentary in 2020 questioned the safety of the conviction after it featured interviews with two potential witnesses.

But after the documentary aired, South Wales Police said no information had been provided that undermined Morris’s conviction.

Following a forensic review of the case material, the force revealed in October that a blood-stained sock found at a crime scene linked Morris to the murders.

The sock, widely believed to have been used by Morris during the killings, identified the presence of DNA that linked him or a male relative on his paternal side to the crime scene.

The development prompted a rare statement from Mandy’s family who called on Morris’s supporters to accept his guilt.

They said: “The loss and grief our family went through and continue to go through is heart-breaking and affects so many aspects of lives.

“No family should ever go through what we have and still do.”

Phillips, who has previously worked on the documentaries Barrymore: Body In The Pool and Leaving Neverland, hopes his new series will finally address “what really happened that night in the summer of 1999 in Clydach”.

“Everybody knows everybody, it’s gossipy – so when it happened it was like an atom bomb for the whole community and all the surrounding towns and villages because of the brutality and the strangeness.

“For 12 months, there were no arrests. You can imagine the fear and paranoia that was happening where people were worried about who could have committed these murders.

“As well as it being an interesting case with extraordinary details, I think there is a legitimate reason for opening this up and looking at it again.

“One of the difficult things is separating the fact and fiction, the gossip from the truth.”

Murder In The Valleys premieres on Sky Crime and NOW on Sunday 6 February.