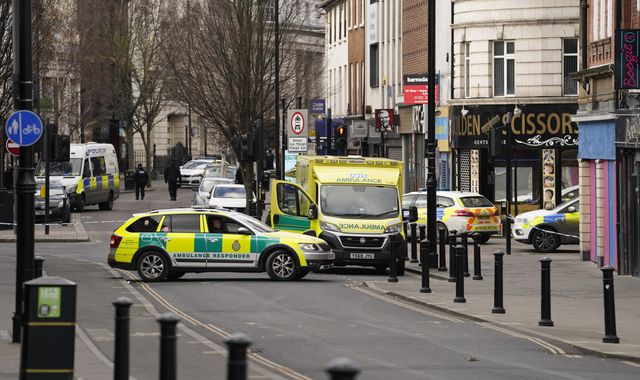 A 17-year-old boy and a man have been stabbed to death in Doncaster town centre.

An 18-year-old man was also stabbed in the incident and is in hospital with minor injuries.

It followed an altercation outside a “licensed premises” shortly after 2.30am on Saturday, South Yorkshire Police said.

A 17-year-old was arrested over the incident and remains in police custody.

Doncaster police’s district commander Ian Proffitt said: “There is an increased police presence in Doncaster town centre today as we continue our investigation.

“Officers remain at the scene and are carrying out additional patrols as they conduct their enquiries.”

Emergency crews were called to Silver Street, where the altercation happened.

The 17-year-old victim died after being taken to hospital by ambulance, while the 21-year-old man who was stabbed died at the scene.

Detective Chief Inspector Mark Oughton, who is leading the investigation, said: “We are keen to hear from anyone who was in the town centre in the early hours of this morning who might have witnessed what happened.

“Any information, however small, may assist us in bringing those responsible to justice.”

A police cordon is in place where the stabbings happened and is likely to remain in place until tomorrow.

The public are asked to avoid the area where possible.