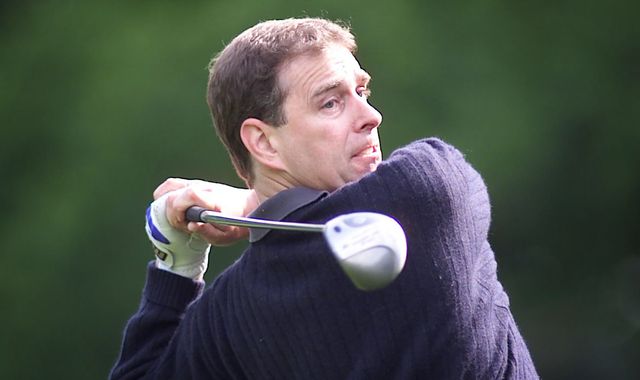 The Duke of York has given up his honorary membership of The Royal and Ancient Golf Club of St Andrews.

In a statement, the prestigious members-only club said: “I can confirm that The Royal and Ancient Golf Club of St Andrews has received notification that the Duke of York will relinquish his Honorary Membership.

“We respect and appreciate his decision.”

The development comes after Prince Andrew demanded a trial by jury in the civil sexual assault case brought against him by Virginia Giuffre.

Earlier this month, Buckingham Palace announced Andrew would have his military titles and patronages removed.

He will also no longer style himself as His Royal Highness – HRH.

The statement read: “With the Queen’s approval and agreement, the Duke of York’s military affiliations and Royal patronages have been returned to the Queen.

“The Duke of York will continue not to undertake any public duties and is defending this case as a private citizen.”

This now appears on the Royal Family’s website, which previously only referred to his November 2019 statement.

Meanwhile, the prince’s social media accounts have been deleted or made private.

His YouTube channel is no longer searchable and his Instagram page @hrhthedukeofyork also appears to be inactive, saying: “Sorry, this page isn’t available.”

Read more: What are the main points of Andrew’s defence?

Andrew, 61, is being sued by Ms Giuffre, 38, formerly known as Virginia Roberts, in a civil case in New York.

She alleges that she suffered “sexual assault and battery” at the hands of the duke on three occasions when she was a teenager and that she was trafficked by Jeffrey Epstein, the late disgraced financier, to have sex with Andrew when she was 17.

He has denied the allegations against him.