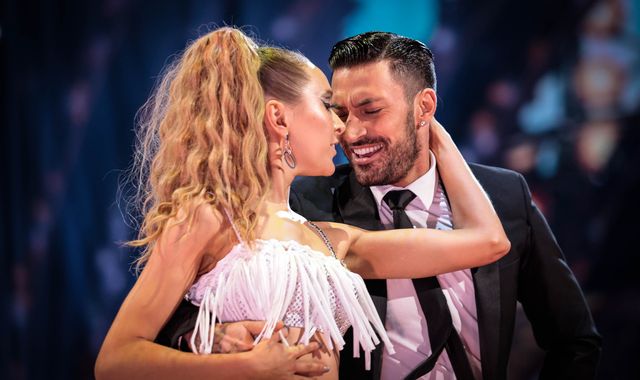 MPs have backed a proposal to give British Sign Language (BSL) legal recognition and to ensure it is used more in public services.

Labour MP Rosie Cooper, who put forward the private member’s bill, said making BSL a legally recognised language would send a clear message to every deaf person that “their language is equal and should be treated as equal”.

The legislation has the backing of EastEnders actress Rose Ayling-Ellis, who made history as the first deaf contestant on Strictly Come Dancing when she won the show last year.

Although BSL was recognised as a language in its own right by the government in 2003, it has no legal protection.

The British Sign Language Bill, which aims to improve accessibility for deaf people and would see the promotion of BSL when making public service announcements, was given an unopposed second reading in the Commons after securing the government’s support.

The bill will now undergo further parliamentary scrutiny at a later date.

The National Deaf Children’s Society said the backing of the bill was “another big step towards a society” where deaf people are “truly included”.

Susan Daniels, chief executive of the National Deaf Children’s Society, said: “This is an historic day for British Sign Language users everywhere. With their language now well on the way to being recognised in law, they can feel jubilant, valued and optimistic about the future.”

Introducing her bill, Ms Cooper made an emotional speech recalling her experience of growing up as a child of deaf parents.

“Growing up, I saw first-hand the difficulties deaf people face every day. The huge challenges my parents had to overcome, to be heard, to be listened to,” the MP for West Lancashire said.

Explaining the aims of her bill, Ms Cooper said: “I want to finally recognise BSL in statute, not just a gesture, but a law which requires positive action from the government, with real progress putting deaf people on an equal footing with those of us who hear.”

“Clearly, much of the awareness is due to Rose Ayling-Ellis in Strictly, she proved what my dad always says ‘deaf people can do anything, even the impossible’, such as winning Strictly when you can’t hear the music.

“That 10-second glimpse she gave the hearing world into deafness when the music stopped was truly momentous.”

Speaking before the bill’s second reading, Ms Ayling-Ellis told The Big Issue: “If it becomes an official language, which we’ve been fighting for all these years, it will be so emotional for us.

“Because of the massive interest in BSL recently, a lot of people don’t realise how much of a fight the deaf community have had.”

Drawing her remarks to a close, Ms Cooper used BSL in the chamber as she said: “So, in closing, I’d like to say to the minister, thank you for supporting this bill. Thank you.”

The government gave the bill its support, with Department for Work and Pensions minister Chloe Smith agreeing “legally recognising British Sign Language in Great Britain is a significant step towards ensuring that deaf people are not excluded from reaching their potential”.

“Passing the bill will see (the) government commit to improving the lives of deaf people, and will encourage organisations across the nation to take up the BSL mantle, benefitting both themselves and the deaf community,” she said.

Share
Facebook
Twitter
Pinterest
WhatsApp
Previous articleNottingham: Police reveal further details after stopping man who drove without insurance or a licence for more than 70 years
Next articleSeriously ill children at risk due to drastic cuts to care support, charity warns