Marvel star Evangeline Lilly says she is against COVID vaccine mandates, admitting she rallied against them 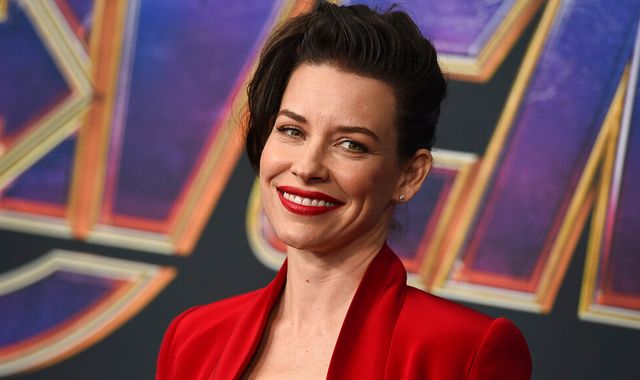 Marvel star Evangeline Lilly has said that she was at a rally last weekend where she marched against the implementation of vaccine mandates in the US.

Lilly, who stars as the Wasp in the sprawling comic book franchise, told Instagram followers: "I was pro-choice before COVID and I am still pro-choice today."

Posting alongside black and white pictures from the event in the US capital, she added: "I was in DC this weekend to support bodily sovereignty while Canadian truckers were rallying for their cross-country, peaceful convoy in support of the same thing.

"I believe nobody should ever be forced to inject their body with anything, against their will."

The Canadian actress also said that those who choose not to be vaccinated should not be threatened with unemployment, arrest or "excommunication from society".

The actress has previously been controversial during the height of the pandemic, when she said that she would not be social distancing or self-isolating – comments she later apologised for.

Fellow Marvel star Simu Liu, who plays Shang-Chi in the franchise, tweeted separately shortly after she posted, saying: "I lost my grandparents to COVID last year. They were still waiting for their vaccines. I’m fortunate to have been double-vaccinated and boosted when I got COVID two weeks ago. Felt like a cold.

"The media needs to stop spotlighting opinions that are not rooted in facts or science."

And her Ant-Man colleague, David Dastmalchian, tweeted: "It’s so unfortunate when people with a large platform use that platform to share irresponsible things".

Lilly is not the only Marvel star to cause controversy with regards to vaccine mandates – Black Panther actress Letitia Wright appeared to share an anti-vaccination video on social media last year following reports (which she denies) that she was sharing misinformation on the set of the film’s sequel.

Production on Ant-Man And The Wasp: Quantumania is underway, and is due for release in 2023.