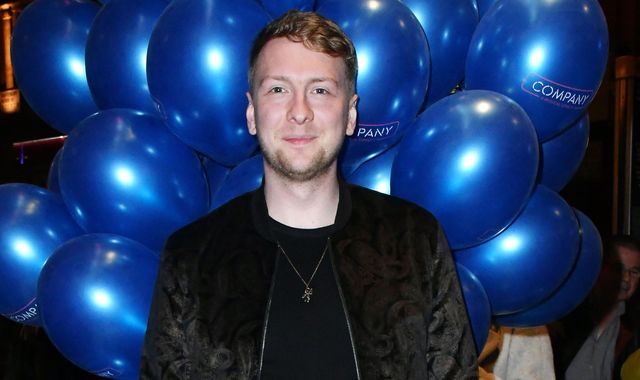 Joe Lycett says "anger" prompted him to write his spoof Sue Gray report, which he claims caused panic at Number 10 earlier this week after some thought it was real.

The comedian, known for his attention-grabbing stunts and pranks, mocked up the fake report, which he said was shared among government officials who are eagerly awaiting the real thing.

Lycett also had one of his tweets, in which he sarcastically mocked Boris Johnson, retweeted by Culture Secretary Nadine Dorries – before it was hastily undone.

The report by Ms Gray – a senior civil servant – is looking into alleged parties at Downing Street in violation of COVID rules but has not yet been made public.

Sharing a note to social media, Lycett said his jokes were driven by "anger", revealing a close friend of his had died early in the pandemic.

He wrote: "I’m angry right now probably for the same reason many other people are angry.

"In the early stages of lockdown in 2020 my best friend died from cancer.

"So I suppose like thousands of others with their own stories, I’m angry about that."

He added that while he isn’t a political comedian, he felt compelled to write the fake report.

"Though I’ve never voted for the Tories (huge surprise), I’m not in the business of trashing them for the sake of it either," he said, adding that he sometimes finds their ideology "stable and reassuring".

He went on: "This lot don’t seem to be into that. They’re about power and little else… To hell with my dead friend; they think, and all your dead friends and dead relatives.

"You followed the rules and we didn’t but we’re in power and that’s all that matters so spin it.

"So I get angry and I write a few jokes about Sue Gray’s report, a report which will probably change nothing and we’ll all be here again in the not too distant future, in some other scandal with some other liars."

In the Twitter version of the statement, he tagged Ms Dorries, who has been staunchly defending Boris Johnson.