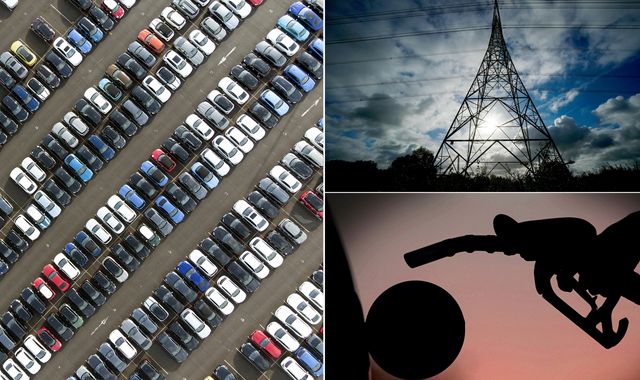 The surging rate of inflation experienced by households in the run-up to Christmas was similar for both low and high income earners despite different spending behaviour, according to new official data.

The Office for National Statistics (ONS) said analysis of the impact of inflation on income groups showed that housing costs, including energy bills, drove the annual rate for low-income households to 5.3% in December.

It calculated the rate for high-income households at 5.5%, as they tended to spend more on transport – an area that has seen costs rise sharply following a leap in fuel and car costs. They also have more discretionary spending in areas such as restaurants, the report said.

The ONS concluded that both income categories had experienced similar inflation rates since 2014.

However, the impact on each group is likely to be vastly different in terms of spending choices as the Consumer Prices Index (CPI) measure of inflation hits its highest level for almost 30 years.

The prospect of a resumption in official data in this area had been welcomed by interest groups who have been drawing attention to the impact of price rises on poorer families following the surge in living costs since last spring.

Food poverty campaigner Jack Monroe has highlighted examples of the cost of staple goods doubling, in some instances, in the space of a year.

The ONS released its analysis as the Bank of England and economists see CPI topping 6% in the coming months – up from the current level of 5.4% – though some commentators believe the figure will go much higher.

A main driver of this is likely to be the hike in the energy price cap from April that is currently being determined by the energy regulator and has been shielding households from the worst of last year’s unprecedented spike in wholesale gas costs.

The industry expects bills to hit an average £2,000 annually without government intervention. That would represent an increase of 50% on the current level.

The Treasury is expected to reveal targeted support in advance but negotiations with energy suppliers are continuing.

The boss of Octopus Energy told customers this week he favoured a scheme that would allow firms to spread the cost over time – also allowing wholesale prices time to come back down to more normal levels.