Driver who ran over man stabbing woman to death in Maida Vale, London, urges police to de-arrest him 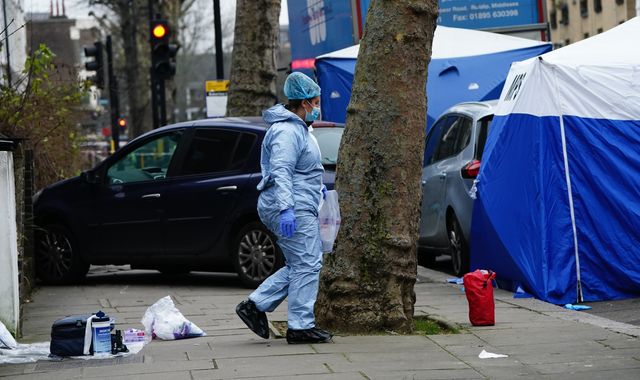 A driver who ran over a man who was stabbing a woman to death in west London has pleaded with police to de-arrest him.

The motorist, identified only as Abraham, said he “just wanted to stop him hurting anybody further” and it was “never my intention to harm” knifeman Leon McCaskre.

McCaskre was hit by a Renault Clio and died at the scene after he had repeatedly stabbed his ex-partner, Yasmin Chkaifi, on Chippenham Road in Maida Vale.

Abraham was arrested on suspicion of murder but later released on bail until late February.

Thousands of people have signed a petition calling for the 26-year-old not to face criminal charges.

“I am a person of good character, I have never been arrested before in my life,” said a statement tweeted by his lawyer, Mohammed Akunjee.

Ms Chkaifi’s husband posted a series of tweets on Thursday to say he was “heartbroken” by the murder of the “love of my life”.

“It was our wedding anniversary on the 9th. I absolutely love and was devoted to this wonderful wonderful woman I’m devastated and heartbroken but I know we were so so happy with each other,” said @jay_bizzz.

The Metropolitan Police has referred itself to the police watchdog after it emerged an arrest warrant for McCaskre, 41, had been issued three weeks ago.

He was wanted for allegedly breaching a stalking restraint order and not turning up for court.