Coventry: Five-year-old boy who died at home from stab wound is named as David-Mario Lazar 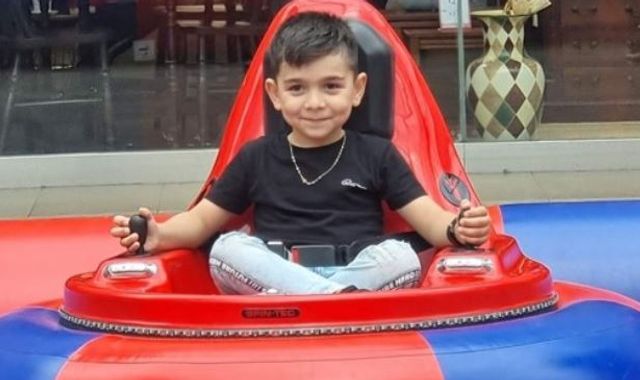 The parents of a five-year-old stabbing victim have described him as “the most beautiful child in the world”.

David-Mario Lazar, known to his family and friends as Mario, was found with serious injuries at his home in Earlsdon in Coventry just before 6pm on Tuesday.

He died at the scene, with a post mortem examination showing his cause of death was a stab wound.

His parents, Cristina and Dorinel, said in a statement released through West Midlands Police: “Our son, he was the most beautiful child in the world.

“He was a very happy boy.

“He was always smiling from when he woke up to when he went to sleep.

“He had so much energy.

“He loved to dance and sing.

“He is all of our hearts, all our love and is everything to both of us.”

Police said a 49-year-old woman was arrested on suspicion of David-Mario’s murder and she has been detained under the Mental Health Act.

She was known to the family and the little boy was in her care at the time of the incident.

The property remains sealed off. Forensic investigations are under way.

“Our specialist officers are supporting his parents and we cannot comprehend the grief they must feel. Our thoughts are with them.

“David-Mario’s school has been informed and they are contacting parents and carers of their pupils. The community is shocked and saddened by this young boy’s death.

“We continue to urge people to avoid speculation on social media or sharing posts which could ultimately add to the family’s distress.”