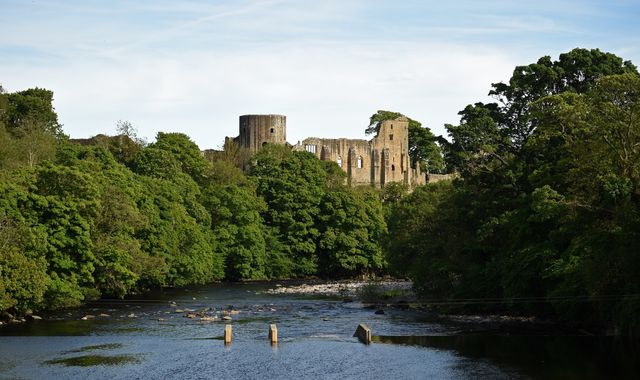 The castle made famous by Dominic Cummings’ lockdown-breaking car trip is among the “hidden gems” that have seen a boost as many British travellers stayed local due to the pandemic.

Barnard Castle in County Durham benefited from a 20% increase in visitors last year compared with 2019.

Luckily for Mr Cummings – who said he drove there to test his eyesight – the 12th century fortress has an “attractive sensory garden”, according to English Heritage.

The organisation said 2021 was the best year ever for the castle, which is set high on a rock above the River Tees and once belonged to Richard III.

With people encouraged to stay close to home when lockdown ended and uncertainty over foreign travel, English Heritage said many people took the opportunity to visit “hidden local gems”.

Visitors also flocked to Boscobel House in Shropshire, with visitors up 82% on 2019.

King Charles II took refuge there after defeat in the Civil War, famously hiding for a day in an oak tree whilst Cromwell’s soldiers searched for him.

“In the past, those lesser known, more intimate local sites in our care have often been overlooked in favour of our more iconic ones, despite having just as rich and important a history,” said English Heritage’s chief executive, Kate Mavor.

“This has been a long and hard pandemic but one silver lining appears to be that with people staying closer to home, they have discovered historic places nearby.”

Another site seeing an uplift was Wrest Park in Bedfordshire – a 19th century chateau-style house – which also had its best year, while the Elizabethan Kirby Hall in Northamptonshire pulled in its most visitors since 2001.

Other big winners were the 900-year-old Kirkham Priory, a former monastery that was also used in the war for testing equipment for D-Day.

One of Henry VIII’s coastal fortresses, Yarmouth Castle, designed to guard the western entrance to the Solent and prevent capture of the Isle of Wight, also had its best footfall for 18 years.

English Heritage looks after over 400 historic buildings, monuments, and sites across the country.

It said 372,000 people joined last year, taking its membership to more than one million.