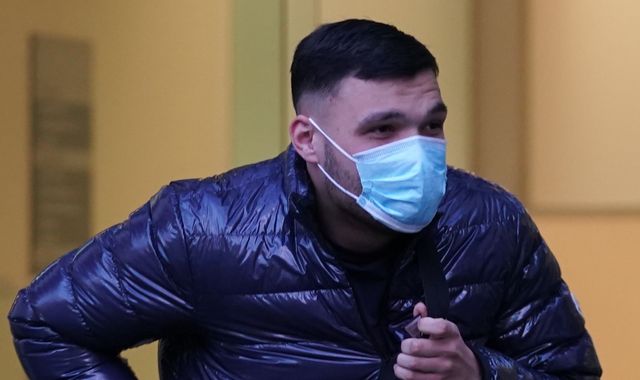 A man has been jailed for eight weeks after he admitted intending to cause Professor Sir Chris Whitty distress when he approached him in June last year.

Jonathan Chew, 24, was one of two men who filmed themselves with England’s chief medical officer as he walked through St James’s Park in Westminster on 27 June.

Prosecutor Iestyn Morgan said that Chew started filming Sir Chris on his phone while the other man – Lewis Hughes, 24 – grabbed him in a headlock.

On Thursday, Chew, of Chelmsford in Essex, pleaded guilty to a charge of intent to cause harassment, alarm or distress.

The court heard that Chew had given the name and old address of his brother to the police officer but he was found out after commenting on the incident in The Sun newspaper.

During an earlier hearing, Rabah Kherbane, defending, said Chew has several conditions, including attention deficit hyperactivity disorder and autism which would make it difficult for him to follow proceedings.

Chew “really regretted to cause that level of discomfort to someone else”, Mr Kherbane said.

Chew was also “happy and smiley” in the video, the lawyer added, showing he was “genuinely excited” and was not intending to humiliate Sir Chris.

Chew had at least 26 previous convictions including public order offences, and he was on licence after being released from custody in July 2020.

As well as the eight-week jail sentence, he was ordered to pay £1,058 in costs and compensation.

Meanwhile, Hughes, a former estate agent described by the judge as “yobbish”, was given a suspended prison sentence last July after admitting a charge of assault by beating.

Sir Chris was checked by medics at the time of the incident and was not injured.