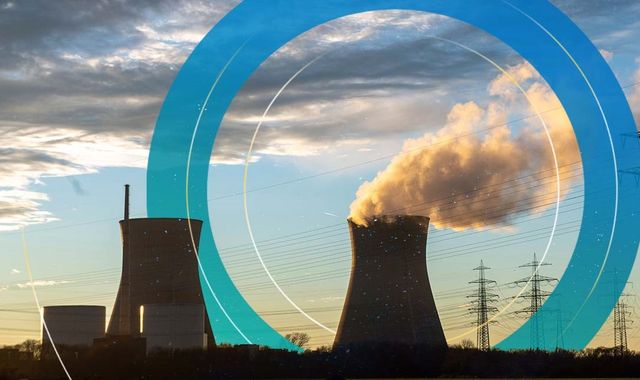 Plans to build the new Sizewell C nuclear power station have received a £100 million cash injection from the government.

Ministers hope the Suffolk plant would increase the UK’s long-term energy resilience, and that nuclear power will boost Britain’s energy security in the face of volatile gas prices.

“We need to ensure Britain’s future energy supply is bolstered by reliable, affordable, low carbon power that is generated in this country,” said Business and Energy Secretary Kwasi Kwarteng.

New nuclear will not only “insure greater energy independence,” but “create high-quality jobs and drive economic growth”, he said.

Nuclear power can generate electricity without the climate-heating pollution associated with burning fossil fuels like gas, and is a part of the government’s strategy to reach net zero emissions by 2050.

But “more renewables will help to bring bills down more quickly and are quicker to build while employing people right across the UK,” said Jess Ralston from energy think tank ECIU.

The price of wind and solar power has fallen dramatically in recent years.

“In light of current volatile gas prices affecting bills at least for the next few years, it will surely be a priority for the government to look at how they can reduce bills,” added Ms Ralston. “Ways to significantly reduce the costs of new nuclear would need to be found.”

Negotiations between the Government and EDF, the project developer, began last year. Ministers hope the cash will help progress the plans and attract more cash from private investors.

Greenpeace UK said handing out taxpayers’ money was a “tacit admission” that nuclear was not commercially viable.

If built, Sizewell C could power the equivalent of about six million homes and support up to 10,000 jobs in Suffolk and across the UK. The plant will be a “near replica” of Hinkley Point C in Somerset.

Unions welcomed the step forward, but Unite urged the government to “take the handbrake off” and “agree a funding model that allows Sizewell to start without any further delay”.

The government has committed to bringing at least one large-scale nuclear project to a final investment decision in this Parliament, as long as it provides “value for money”.

Share
Facebook
Twitter
Pinterest
WhatsApp
Previous articleBoris Johnson knows he’s in the ‘kill zone’ – he’s fighting back hard, but it may be too late
Next articleManchester United legend Sammy McIlroy to join six-year-old boy on 15.5 mile walk to Old Trafford to raise funds for school playground