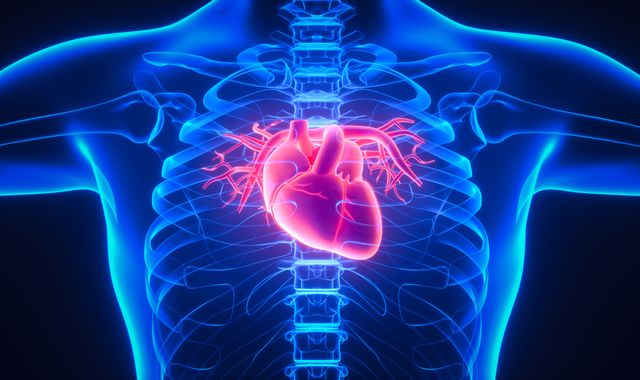 Almost 300,000 people in the UK could have a potentially deadly heart valve disease – with close to 100,000 not even showing any symptoms.

A new study found the likely extent of aortic stenosis within Britain exceeds the NHS‘s capacity to treat.

Aortic Stenosis is when the main valve taking blood from the heart stiffens or narrows.

Many who have the issue are only diagnosed when it is too late for treatment.

If it is caught early, the condition can be monitored by doctors. Surgery, including replacing the aortic valve in an open heart procedure, can be necessary.

An international study with experts from the universities of Glasgow and Southampton, was started to establish the extent of the disease in the UK.

The report was published in the journal Open Heart, and estimated in 2019 that 291,448 men and women aged 55 and over had severe aortic stenosis.

Of this, 68% had symptoms – meaning 92,389 did not show signs of the potentially fatal condition.

Read more: Hospital patients to be moved to hotel to free up NHS beds

According to the NHS, symptoms include: chest pain or a feeling of pressure/tightening in the chest, spreading out to arms, shoulders, neck and stomach; breathlessness during moderate to strenuous activity; and blackouts during exertion when the heart is working hard.

The authors went on to predict that 59% of people with aortic stenosis will “die within five years without proactive management”.

They added the disease is a “common condition” in the UK, and warned “without appropriate detection and intervention, survival prospects are likely to be poor”.

Roughly 20,000 new patients would benefit from treatment each year – but the researchers said this is “discordant with current capacity within the NHS”.

“These data suggest a high burden of severe aortic stenosis in the UK requiring surgical or transcatheter intervention that challenges the ongoing capacity of the National Health Service to meet the needs of those affected,” they wrote.