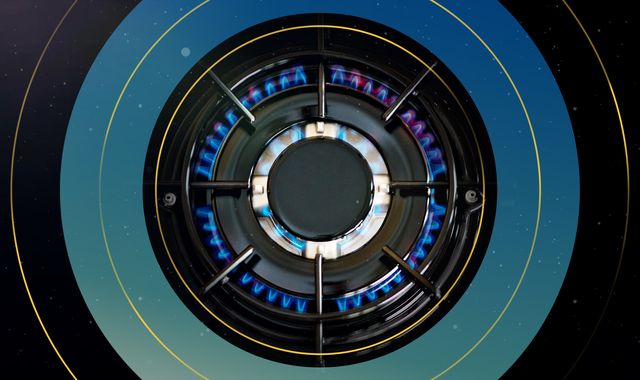 More than a third of the British public blame energy company ‘profiteering’ for the gas crisis, according to a new poll by the Energy and Climate Intelligence Unit think tank provided exclusively to Sky News.

Nearly a third (29%) thought that the Russian government reducing gas supplies to Europe was the key driver, and 28% blamed increasing global demand.

Sky News has previously reported that oil and gas companies are enjoying record profits as a result of the rising price of energy, leading both the Liberal Democrat and Labour parties to call for a windfall tax to help ease the financial pain for UK consumers, something that the government has so far resisted.

There have also been calls from the Net Zero Scrutiny Group of around 20 Conservative MPs for the government to provide solutions to the cost of living and the energy price crisis by scrapping green levies from energy bills and increasing gas drilling in the North Sea.

But only 13% of the 2,000 people surveyed agreed that removing green levies from bills was the answer, and even fewer thought that fracking or more gas from the North Sea was the right approach.

Half of those questioned said that the best option was to decrease reliance on gas by using more renewable energy and better insulating homes.

However, the survey did reveal significant concern about the cost of getting to the UK’s target of net zero carbon emissions by 2050.

Although there was broad (73%) support for the target itself, nearly a third of people agreed with the statement “we can’t afford to implement policies intended to address climate change, they cost the taxpayer and consumers too much at a time when they can afford them least.”

Just over half agreed with “we can’t afford not to implement policies intended to address climate change – the damaging effects of climate change are here already – and future generations will suffer further if we don’t act now.”

The government’s Office for Budget Responsibility has estimated that the cost of getting to net zero in the UK will be nearly £1.5trn, although that investment should eventually deliver over £1trn of savings.

The Treasury has not ruled out tax rises or reducing public spending to find the money to pay for this, and the issue has become the subject of growing dispute among Conservative benches.

A report from consultancy group McKinsey recently said that global spending on reaching net zero could be up to $9.2trn per year up to 2050, although this would be far less than the cost of not tackling climate change.

Share
Facebook
Twitter
Pinterest
WhatsApp
Previous articleMorrissey asks Johnny Marr to ‘just leave me out of it’ and stop talking about him in interviews
Next articleDowning Street parties: Which No 10 staff could lose their jobs as a result of Sue Gray’s partygate report?