Downing Street parties: Which No 10 staff could lose their jobs as a result of Sue Gray’s partygate report? 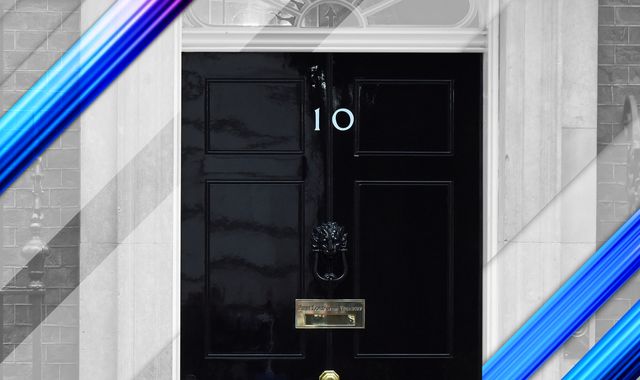 The findings of Sue Gray’s report into Downing Street parties could threaten Boris Johnson’s premiership, but a number of Number 10 staff could also be at risk.

Over recent months, as reports of alleged rule-breaking parties have emerged, several political officials and civil servants have been named in association with events in Downing Street and Whitehall.

While it is not known how much detail will be included in Sue Gray’s findings, the report could identify failings in how Number 10 was run and lead to sackings or resignations from the prime minister’s senior team.

Mr Rosenfield was appointed Downing Street’s chief of staff in January 2021, following the resignations of the PM’s key aides Lee Cain and Dominic Cummings, and the departure of his long-time strategic adviser Sir Edward Lister.

According to a report in The Times, Mr Rosenfield may have attended a Christmas quiz in December 2020, as a chance to meet other staff before formally starting his role. Downing Street denied the allegations.

Conservative MPs have been critical, claiming he does not understand the parliamentary party, and have urged Boris Johnson to replace him.

Mr Rosenfield was private secretary to former chancellors Alistair Darling and George Osborne, but had worked as a consultant in the private sector before taking up his current role.

Cabinet Secretary Simon Case has been the country’s most senior civil servant since he was appointed to the role in 2020.

He was initially responsible for the investigation into the partygate events but was forced to recuse himself after admitting an event had taken place outside his own office in December 2020.

A Cabinet Office said Mr Case had “played no part in the event” but had walked through the office in which it took place on the way to his own.

Downing Street’s 23-year-old head of broadcast media was brought into the partygate scandal when he was heard joking about a Number 10 party in a leaked video obtained by ITV.

In the video which led to fellow adviser Allegra Stratton’s resignation, Mr Oldfield could be heard asking Ms Stratton questions as she prepared for daily Number 10 briefings which were eventually scrapped.

Mr Oldfield asks: “I’ve just seen reports on Twitter that there was a Downing Street Christmas party on Friday night, do you recognise those reports?”

Mr Oldfield remained in post, despite the PM ordering an investigation into the alleged Number 10 parties, with Downing Street saying at the time that the head of broadcast was not under any probe.

Another senior aide, the prime minister’s head of operations was allegedly nicknamed ‘DJ SWW’ after playing tunes from a laptop on a photocopier in the basement at a Number 10 party on the eve of Prince Philip’s funeral.

According to initial reports in The Telegraph, on 16 April 2021 Downing Street staff had a boozy party where one individual was sent to the shop to fill a suitcase of wine and another broke the prime minister’s son’s swing.

On the roof of Number 10, the flag was at half-mast ahead of Prince Philip’s funeral – an event which saw the Queen sitting alone due to lockdown rules.

There are said to have been two parties on this date which later merged – marking the departure of a photographer and the PM’s former official spokesperson James Slack.

Ms Williams-Walker worked with Mr Johnson when he was foreign secretary, subsequently becoming part of his leadership campaign team and then joining him in Number 10.

She is also known as the aide in the viral video confiscating a disposable cup from the PM during the general election campaign after it was handed to him by then fellow special adviser Rob Oxley.

The prime minister’s principal private secretary was thrust into the spotlight as the man behind the notorious “bring your own booze” email sent to Downing Street staff, inviting them to “socially distanced drinks” in the Number 10 garden on 20 May 2020.

The leaked email, seen by ITV News, placed Mr Reynolds – who was appointed to his role in October 2019 – firmly at the centre of the Downing Street partygate row.

The same month, according to an initial report by the Guardian, Mr Reynolds was seen in the Downing Street garden alongside the PM and several other staff at a time when the guidance said people could only meet one person who they did not live with outdoors.

On 11 January, a Number 10 spokesperson said that the PM had “full confidence” in Mr Reynolds and that he will continue in his role despite calls to resign.

As the PM’s principal private secretary, Mr Reynolds is a prominent adviser to the PM and leads operations inside Number 10.

He previously worked his way up the Foreign Office ranks to become principal private secretary to the foreign secretary, a role which he held when Mr Johnson headed the department as foreign secretary from 2016 to 2018.

The prime minister’s deputy principal private secretary is said to be in line to leave Number 10 alongside Mr Reynolds, according to some reports.

A plan, reportedly referred to by the PM as ‘Operation Save Big Dog’, is expected to see a clear out of some key officials from Number 10 following the publication of Sue Gray’s investigation.

Mr Glassborow was principal private secretary to the Treasury before taking up the deputy PPS position in Number 10 in May 2019.

The former Daily Mail journalist was appointed director of communications in April 2021, replacing Mr Slack who quit to become deputy editor-in-chief at The Sun newspaper.

Mr Doyle is alleged to have attended a Downing Street party on 18 December, addressing staff members who were at the event and giving out awards.

ITV News claimed there were 50 people at the gathering.

Mr Doyle was surrounded by controversy earlier on in the role after Dominic Cummings accused him of having been the Number 10 source who briefed newspapers that the PM’s former senior adviser had been responsible for a series of damaging leaks.